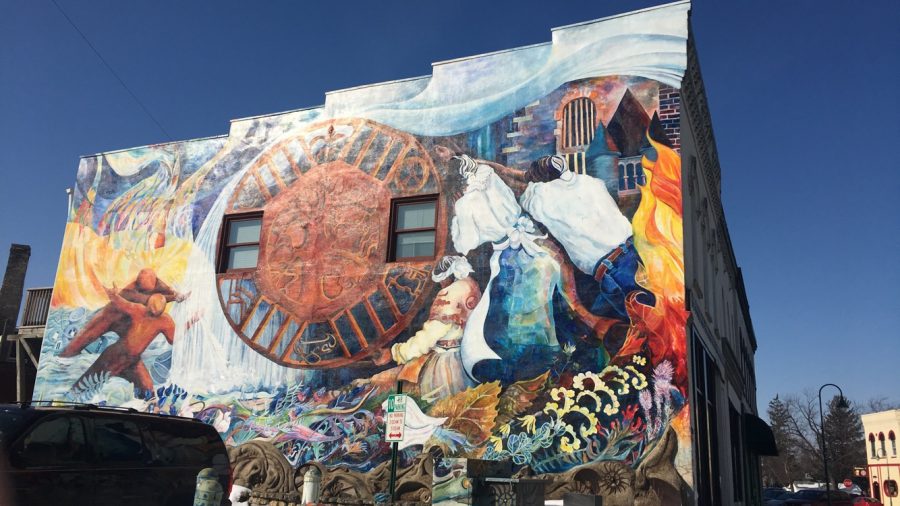 The Whitewater Main Street Festival committee has announced that the festival will come to an end.

The festival, which first started in 2014 as a way to support the arts in Whitewater, was able to award several artistic merit awards to local students throughout the years with the funds it raised. Now, the remaining funds have been donated to the Prairie Tillers Mural Preservation Fund.

“In the end we had about over $2,000 in our budget. So the festival is supporting the arts in Whitewater in just a different way, so I was glad to see it went to a good purpose and that we were able to have a nice chunk of money that went to support the maintenance of that artistic mural,” said Deborah Blackwell, founder of the Main Street Festival and director of Studio 84.

Blackwell said she is definitely sad to see the festival go because she thought it was a nice festival for the city and community, but there just wasn’t enough help to keep it going.

Blackwell, who was the main organizer of the event, had the assistance of the Whitewater Arts Alliance, Whitewater Chamber, Downtown Whitewater Inc, UW-Whitewater College of Arts and Communication, UW-W Student Art Association and a few sponsors as well.

However, Blackwell said the festival needed more help with organizing and possibly someone else to take the lead as her duties at Studio 84 have increased.

“I just couldn’t do it completely by myself,” Blackwell said.

She is glad the festival did so well during the years that it operated. The festival, which occurred during fall, provided the city of Whitewater a day with music, craft booths and painting on the street and an overall awareness of the arts in the community, which was what it set out to do.

“The focus was to bring awareness and to raise funds to support some other art activities. Maybe a new mural in town or a special sculpture or something, so that was the main purpose of the festival to be able to do that,” said Blackwell.

Ultimately the festival didn’t fund the making of a new mural, but it has donated funds to preserve an old one.

The Prairie Tillers Mural was originally created in 1980 by artist Caryl Yasko as a tribute to the Kettle Moraine.

According to The Whitewater Banner, the elements of the mural “celebrate the courage and perseverance of our city founders while respecting our unique Kettle Moraine geography with its rolling hills and prairies, and the Native Americans who held this land sacred for centuries.”

There are three figures on the right of the mural that represent the tribal era, early settlers and people of the present.

At the center of the mural is a millwheel. According to The Whitewater Banner, early Whitewater settlers depended on water power to mill paper, lumber and grain.

The figures on the left depict a future generation pushing the millwheel, an image that represents how they will have to take what is already created to keep the dream going.

The funds for the mural were given to The Whitewater Arts Alliance, who are in charge of maintaining it.

As for the festival, Blackwell hopes that maybe one day the festival will be brought back to Whitewater possibly with the help of a new organization that is able to run it.

“I’d be happy to see an arts festival get started up again. I will keep all the past records of what’s been done, and if there’s an organization out there who’d just want to take charge of it, I would love to see it continue.”

Marie Koch, executive director of the Whitewater Tourism Council said that the festival was a wonderful idea for the community and that people are definitely going to wonder where it went.