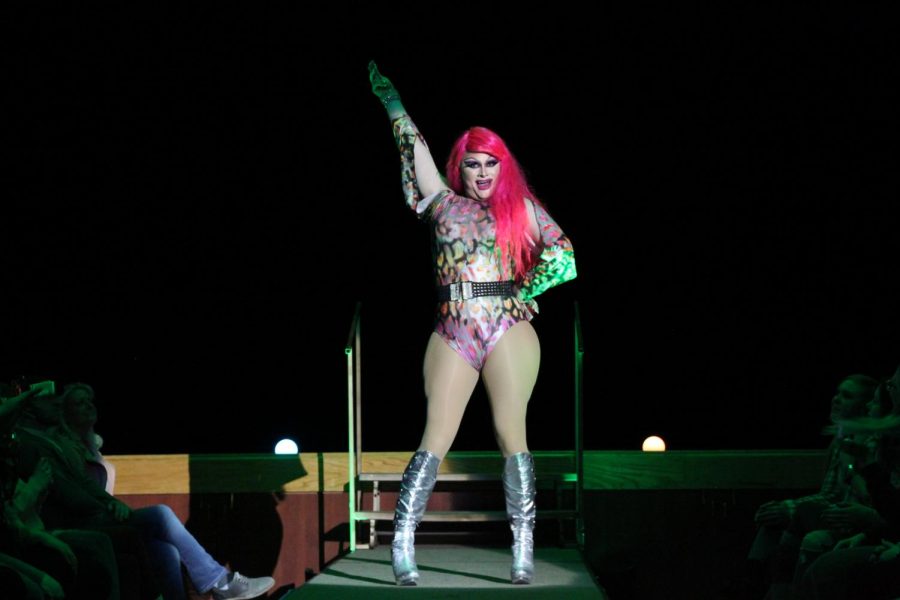 For the tenth year, UW-Whitewater’s LGBTQ student organization, IMPACT, has brought music, color and diversity to campus with their annual drag show event.

This year’s show, which was titled Fire and Ice, featured two-and-a-half hours of dancing, singing and humor performed by nine different drag queens, many of whom have been coming to the UW-Whitewater show for multiple years.

Even for queens like Kimaera Mirage, who had never performed on the UW-Whitewater stage before, it’s the sense of community that really made the experience special.

“The unity and pride for not only IMPACT, but the LGBT community as a whole was inspiring,” said Mirage. “My favorite part was getting to meet some of the audience and see the excitement of getting to see their first drag show. I hope this show continues for many years to come, as it is clearly a popular event.”

This year, the event was more popular than ever. The sold-out show ended up raising a total amount of $2,923 from the 375 tickets sold. The money raised will go back to IMPACT.

According to members Kyle Forster and Libby Huggett, who planned the event, the money raised goes back to help with conference costs and travel, along with a few other things.

Beyond the money aspect of the night, the night holds a special place in the heart’s of both Forster and Huggett.

“I love planning it. I graduate this year, and I’m so sad that this is my last show,” said Huggett. “It’s super important for LGBT folks to have representation and events that allow them to express themselves.”