‘Success is earned and not given’ 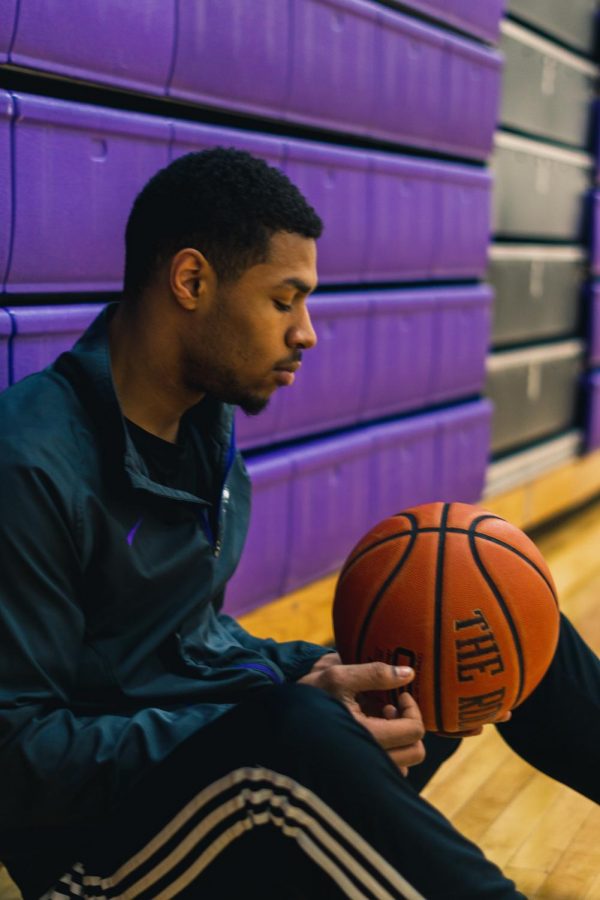 If there is one thing that senior guard Andre Brown wants people to realize about him, it’s that earning something is not as easy as some would assume.

The Warhawk men’s basketball star recently wrapped up his basketball career here and achieved something only 28 other players have accomplished in program history: scoring 1000 career points.

But in order to earn that milestone, Brown had to do it through long, hard work.

“I didn’t have any offers or anything,” Brown said. “Quardell [Young], he’s from Kenosha…And just kind of those ties of being close to home…It’s just realizing that this is a great one for me, and I just decided this is the best place.”

Head coach Pat Miller saw the potential Brown could bring to the table to an already successful basketball program.

“He was very athletic, played hard,” Miller said. “We knew he had the ability to score, getting all the way to the rim, shooting pull ups. Probably the weakness in his game coming out of high school was he wasn’t a great perimeter shooter, but it was certainly something we thought we could help develop.”

Brown wasted little time showing the Warhawk community what he was capable of. As a freshman, Brown averaged 8.7 points per game on 44 percent shooting. But he only shot 14 percent from behind the arc, and the Warhawks failed to reach the NCAA tournament.

The following year, his 3-point field goal numbers skyrocketed from 14 to 41 percent, helping UW-W reach the Big Dance for the ninth time under Miller’s tenure.

Brown’s scoring during the tournament was scarce, however. He recorded just four points in the two games the Warhawks played in, but Chris Jones was the primary scoring guard at the time.

“The tournament is a different level of play,” Brown said. “I played so many games by the time that moment came. I wasn’t really nervous in the NCAA tournament…Unfortunately, you know at that time I thought I was going to experience that at least one more time. We never did, but just being in those two games, it’s just like high-level basketball. It’s just something I appreciate.”

When Jones did not return to the program the following year, Brown took matters into his own hands by putting up career-highs in points per game [15.2], field goal percentage [49 percent], and minutes per game [31.3].

“When it was time for me to show up, I was ready to show up,” Brown said. “That year was special for me individually…But I think it was just more of a mindset every single game…I just wanted to beat everybody.”

The Warhawks, however, struggled all season long and finished with a 16-10 overall record and a 6-8 conference record. They went on to lose in the first round of the WIAC tournament on the road to UW-River Falls.

But the team’s limitations did not stop Brown from earning first team All-WIAC and the team’s MVP.

UW-W started this past season with most players returning from the year prior and took off during the non-conference season, winning 11 straight games.

The Warhawks then suddenly ran into a wall once the conference season kicked in. They dropped four of their first five, with three of those losses coming by 13 points or more.

But Brown kept rolling. He scored 20 points in his second conference game of the season against UW-Stout and followed up with 17 and 18-point efforts against UW-La Crosse and UW-Oshkosh.

“I don’t want anybody else to be better than me,” Brown said. “I don’t want people to talk down about me. I just feel like I always have that chip on my shoulder that I’m undervalued, and I want to be valued. And I just want to prove that every time I step out on the court.”

Brown’s internal motivation pushed him hard enough to eclipse 1,000 career points Jan. 16 by making a jump shot in the lane about midway through the opening half against the rival Titans.

The Warhawks, however, fell to the Titans that game 82-75, but Brown accomplishing his biggest career milestone was a moment he said he was happy to be in Whitewater for.

“In the game, I forgot about it in all honesty,” Brown said. “At the moment, I guess I was a little more disappointed about it because I thought I should’ve done it sooner coming into this year. But just to do it at home was probably the best thing and just having my whole family there.”

UW-W might not have finished the regular season the way it wanted to, but Miller noted it was one of the more special things to look back on.

“It’s a nice accomplishment for him,” Miller said. “It just shows a guy who’s played consistently well for four years. He’s played in a lot of games and has been a very productive and important player in our program.”

The senior guard’s last game took place in the first round of the WIAC tournament in a losing effort on the road to WIAC tournament champions UW-Platteville. Brown registered 19 points on 55 percent shooting overall and 67 percent on 3-pointers.

He finished his career with 1,152 points, which ranks 20th all-time.

Brown was not offered anything to play basketball here, and he had to consistently improve his gameplay to become a valuable piece to the team. Through his own ups and downs, Brown has placed himself in elite company throughout Warhawk basketball history.

“Success is earned and not given,” Brown said. “You got to earn what everybody else earned, and I think that’s probably the biggest thing I learned through all these great programs around the country. They earn it every single day.”

Brown has earned it.