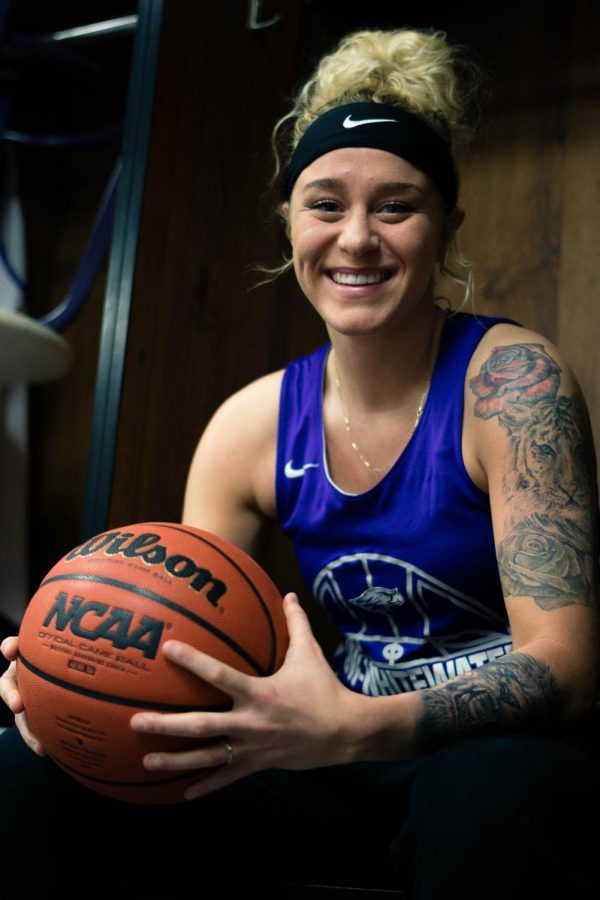 Being noticed for hard work is a goal a lot of people want to accomplish.

Emily Schumacher from the women’s basketball team has done just that, as she was voted the best female athlete in this year’s Best of Whitewater competition.

Schumacher is from Waukesha, Wisconsin and attended Waukesha South High School, where she played basketball and soccer. She reached 1,000 career points in high school and was named 1st team all-conference in the WIAA Classic 8 Conference and was the second leading scorer.

Schumacher is majoring in art. Her career ambition is to become an artist. She chose to attend the University of Wisconsin- Whitewater to stay close to home and because of the great art program and strong sports teams.

“It really means a lot to me, and it’s an awesome accomplishment to have, especially with the female athletes here at UW-W,” said Schumacher. “Whitewater’s women’s sports are very competitive and so is our conference, so it is awesome to be recognized like this.”

“Emily has the ability to score in a number of different ways and is a great competitor,” said Carollo. “Emily is deserving of this honor because she is a person of good character, she is a strong competitor and she is a great teammate.”

“She has the most heart and fire that I have ever seen in a player before,” said Raeder. “She cares so much about the game and our team, and she’s always looking for ways to improve herself,” her teammate said.

“She is a great teammate and always pushes us to be our best. Emily worked hard in the offseason, stepped right up into the role of point guard and never questioned her ability to be successful, which I think is a key factor of her great season.”

Since Schumacher is only a sophomore, she has two more years to make an even bigger impact.

In the 2017-18 season, Schumacher was named to the WIAC Scholastic Honor Roll and appeared in 28 games.

This year she played in 28 games, averaging 29.6 minutes per game and 12 points a game. The Warhawks were given an NCAA Tournament bid to compete in for their 11th appearance over the last 12 years. The team placed second in the WIAC in both the regular season and conference tournament before losing in the first round of the NCAA Division III Women’s Basketball Championship in St. Louis, Mo., against Washington-St. Louis.

After a productive sophomore season, Schumacher is already looking forward to next year.

“This season definitely leaves me hungry for next year,” said Schumacher. “I was happy with how our season improved throughout but not thrilled with how it ended. I’m excited to put in the work in the offseason and hope to have a better season next year.”