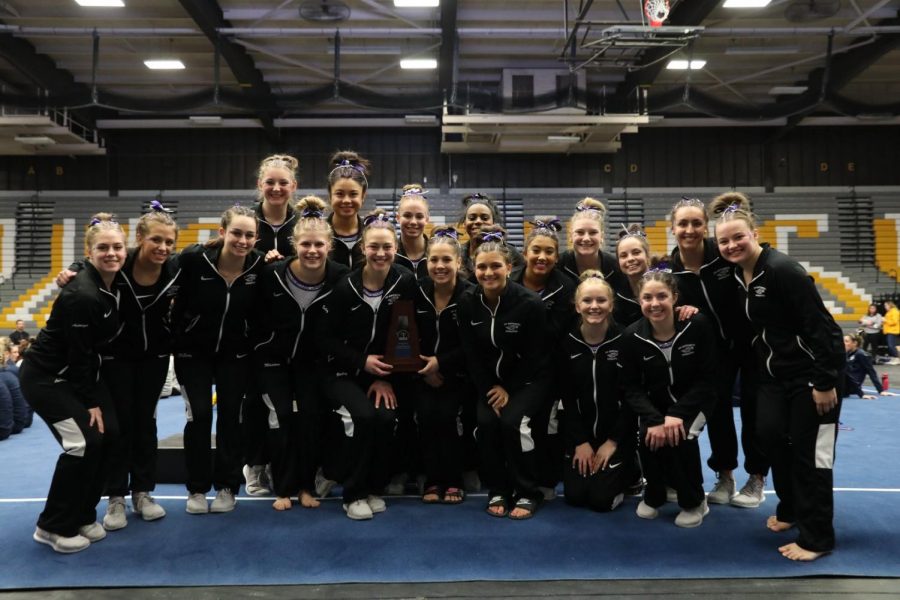 The women’s gymnastics team placed third and also added five All-American honors, including one individual national championship, at the National Collegiate Gymnastics Association Championship on March 23, which was hosted by UW- Oshkosh.

The Warhawks ended NCGA with 190.150 team points to earn their 10th straight top three national finish in 13 past appearances.

“We upgraded,” said head coach Jennifer Regan. “We asked our athletes to do more than they normally would have done. It feels like we won. It feels like we won another national championship. No one expected us to place in the top three at regionals, let alone a top three at nationals. After the season we have had and everything they have overcome, we were all ecstatic.”

Senior Franchesca Hutton ended her career at UW-W with her first-ever national championship, winning the balance beam with a score of 9.775. This score was the highest of her career and she tied for third-best place in the UW-Whitewater program record book. She earned her third career All-America honor and second on beam. Hutton recorded the program’s third-ever national title on beam.

“It was the cherry on top,” said Regan. “She was not expecting it. It was her last opportunity at gymnastics and it was really exciting. It was great since it was her last event and last meet.”

“The key to our success was not focusing on winning but instead focusing on having fun,” said Fossum. “When we go out there and have a lot of fun, we do our best. It was just one big party with each other and that’s what makes us love competing that much more together.”

Fossum led the Warhawks on the floor exercise. She earned a season-high score of 9.725 to tie for sixth place, which was good for her second All-American honor on floor and help the team finish with a 47.725.

“After the year we had, it was very rewarding to make it to nationals, so being there we just wanted to give it all we had one last time and to get third place was awesome,” said Fossum. “Placing in the top three at nationals was a great accomplishment but it’s definitely going to make us hungry for next year.”

The women ended their season on a high note at the national championships with many honors and wins that they hope will carry into next year.