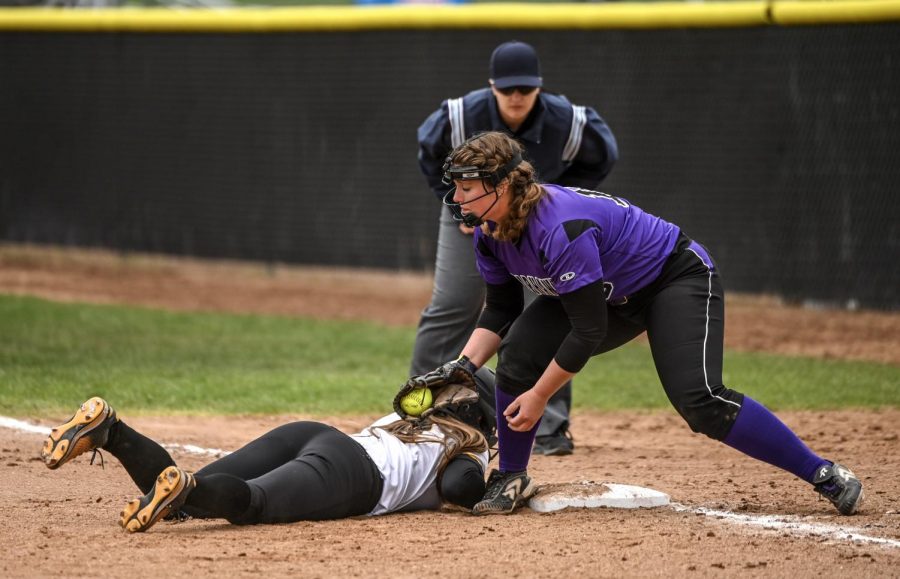 The No. 23 Warhawk softball team failed to sustain its momentum from the regular season by dropping its two games in the WIAC Tournament at van Steenderen Complex in Whitewater.

Whitewater fell to UW-Oshkosh 7-2 May 3 in its first game of the tournament.

UW-W, with a record of 26-11, scored a pair of runs in the bottom of the third inning. Senior designated player Kayla Seymour led the team with two hits in three appearances at the plate and registered the only RBI.

“It was not our weekend, but we played some great ball the past seven games before the tournament,” said head coach Brenda Volk. “So, if given the chance to play in the NCAA Tournament, we just need to come out with tons of confidence and know we can compete with anyone.”

The fifth seed UW-Oshkosh [23-16 overall] opened championship play with a 13-4 win over UW-La Crosse. Oshkosh finished the day with 25 hits in two games.

On the second day of the WIAC Tournament, the Warhawks suffered their second loss against UW-La Crosse with the score of 8-7.

The loss eliminated the Warhawks from the conference tournament.

UW-Whitewater tallied six runs in the second inning to take an early lead, but the Eagles responded with six of their own to tie the game.

Sophomore left fielder Vera Pflugradt hit a solo home run in the top of the third inning to give the Warhawks a one-run lead, but UW-La Crosse scored in the fifth and sixth innings to flip the one-run advantage.

“I think we played well in the two games although they did not turn out our way,” said Seymour. “We had some missed opportunities and some errors, but we also had some really hard-hit balls, the other teams just made the plays. It just was not our weekend.”

Junior right-hander Bella Matthias was handed the loss, falling to 13-3 on the year after pitching four innings in relief of senior Julia Camardo.

“I think that if we are offered a bid into the NCAA Tournament that we just need to sharpen up on every aspect of the game and continue to go in each competition ready to play Warhawk softball like we know best,” said Matthias. “I have a lot of confidence in this team and I know that if we are given another chance that we will run with it.

The Warhawks will find out if they receive an at-large bid to the NCAA Tournament during Monday’s Selection Show, which is scheduled for 12 p.m. on NCAA.com.