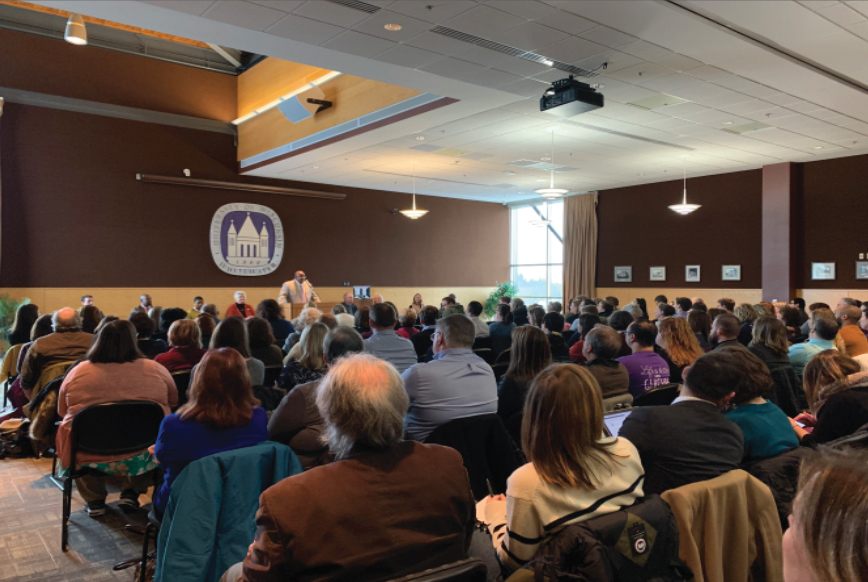 As stated in Chancellor Watson’s campus-wide letter as well as in both listening sessions, the University of Wisconsin-Whitewater has experienced an 8.1 percent decrease in enrollment since its peak enrollment of 12,628 in fall 2016. As a result of the decreased enrollment, the university budget will need to shrink by $12 million over the next two fiscal years to make up for the $11 million in lost tuition revenue.

Chancellor Watson opened the Wednesday, Feb. 29 listening session by referring the overall conversation as a “courageous conversation” due to the discomfort that surrounds the university’s current budget situation. Chancellor Watson stated that not all potential questions would be addressed and answered in the Wednesday listening session, but he encouraged those in attendance to continue to seek information in order to offset speculation.

“The last component of a courageous conversation is to stay engaged. Regardless of whether you’re discomforted or whether you didn’t get your question answered and you need to seek more information or you still have some truth-telling, I will need you to stay engaged. Because this is a collaborative conversation and we want to make sure that the decisions that we’ve made are collaborative as well,” said Chancellor Watson in his opening remarks of the Wednesday, Jan. 29 listening session.

Regarding the relative percentage that each college will be expected to see reduced by and how the university arrived at such numbers, Chancellor Watson had his cabinet discuss the percentages.

“Our target reduction is $2 million this year and an additional $2 million next year. That is a total of $4 million in a total permanent reduction of our budget, so that’s a 22 percent reduction,” said Vice Chancellor of Administrative Affairs Grace Crickett.

Furthering along to the individual colleges within the University of Wisconsin-Whitewater, members of Chancellor Watson’s cabinet elaborated on the relative percentage of budget cuts.

“The average reduction in academic affairs is 11.8 percent. The College of Arts & Communication is going to be reduced by 13 percent, College of Business and Economics will be 10.2 percent, College of Education and Professional Studies will be 8.3 percent and the College of Letters & Sciences will see the largest percentage of reduction with 14.5 percent,” stated Interim Provost and Executive Vice Chancellor Greg Cook on the percentages of each college. “What I was trying to do is get a sense from peak year to now, what has been the decrease or in some cases increase in student demand for courses in those colleges.”

Watson concluded the Wednesday listening session by reiterating the need to stay engaged and seek out truths rather than create speculation. He reminded those in attendance that they hold the power to shepherd the message surrounding the university’s budget and advised that those in attendance maintain their views internally so dissonance is not created through speculation.

Chancellor Watson and his cabinet plan to hold a communal listening session in the near future to inform the local Whitewater community of the budgetary situation.