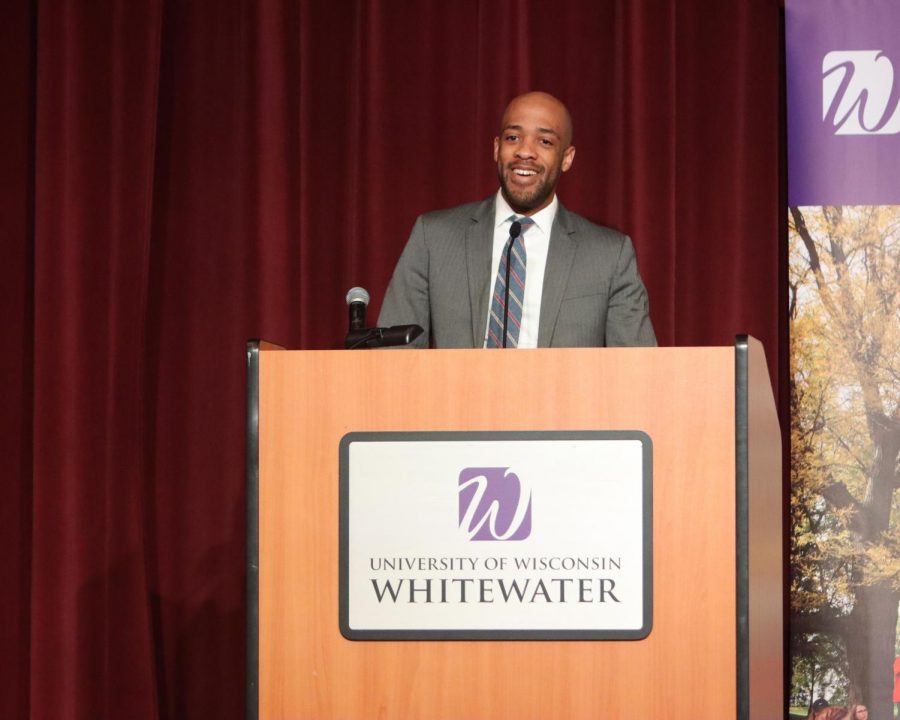 The University of Wisconsin-Whitewater hosted Wisconsin’s Lieutenant Governor, Mandela Barnes, as the keynote speaker for the event “Focusing on Progress,” which was presented in honor of Black History Month on Wednesday, Feb. 19,.

Barnes arrived on stage to sizable applause after the choir sang, “Lift Every Voice and Sing.”

Barnes started his speech by stating how important Black History is to American History. He stated, “America cannot be great again until it’s inclusive,” said Barnes. Barnes reiterated that a history of inequality is still prevalent in the state of Wisconsin, which is one of the main reasons he ran for Lt. Gov.

“What does freedom really mean? What does equality mean?”  he asked the audience.

Barnes believes that just because somebody is determined free on paper, that doesn’t mean there isn’t work to do. He said if he thought everything was perfect, he would have just stayed home and not run for Lt. Gov. He urged the crowd to bring voices to the table and make sure communities of color have a voice. If communities want to make a change, they need to be present to do so. The people going through certain struggles are the ones who need to make their voices heard.

Mandela Barnes wants to make communities whole. He wants to keep families together. Ambitious or not, he wants Wisconsin to be the National model. Again, all of this starts with inclusion. “This system of inequality does not bode well for a sustainable future. But I do believe if we come together and express our issues and challenge our system…people have to listen…The time is now to step up.”