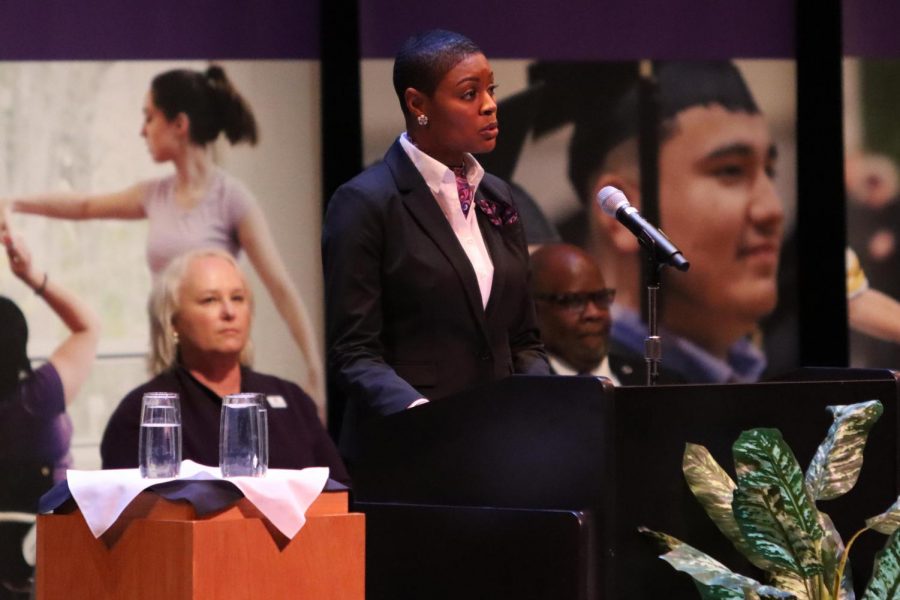 Dr. Wesley gave out a four-year financial plan outlining the spending needing to be paid by Student Affairs.

“We have to account for the benefits of those positions,” said Wesley, who calculated the cost to roughly $248,000 for Student Affairs items not included in the base budget.

By “accounting,” Wesley means giving financial aid. The Student Affairs department has been giving the academic and administrative branches support in the form of $1.89 million a year for many years. In addition to this, the new budget calls for $1 million of extra support next year and more payments in the coming years at a decreasing rate.

Sen. William Hinz raised concerns over the reduction of funds that many student organizations depend on. Dr. Wesley showed her inclusion of a “pending re-evaluation” landmark in the budget “to come back on and revisit our spending,” after the budget crisis has been contained.

Sen. Hinz is working on a piece of legislation known as S19-20:10 “Excused Absences on Elections Day” Act. This action bill would help more students get to the polls as it would include missing class to vote as an excusable absence.

WSG is hosting a Constituency meeting Thursday, March 5, at noon in the Warhawk Connection Center in the UC. The purpose of the forum is to raise campus awareness and fight disinformation. There will be three tables with senators ready to answer any question you have, as well as many senators roaming the floor. Food and drink is provided and WSG strongly encourages all students to attend.