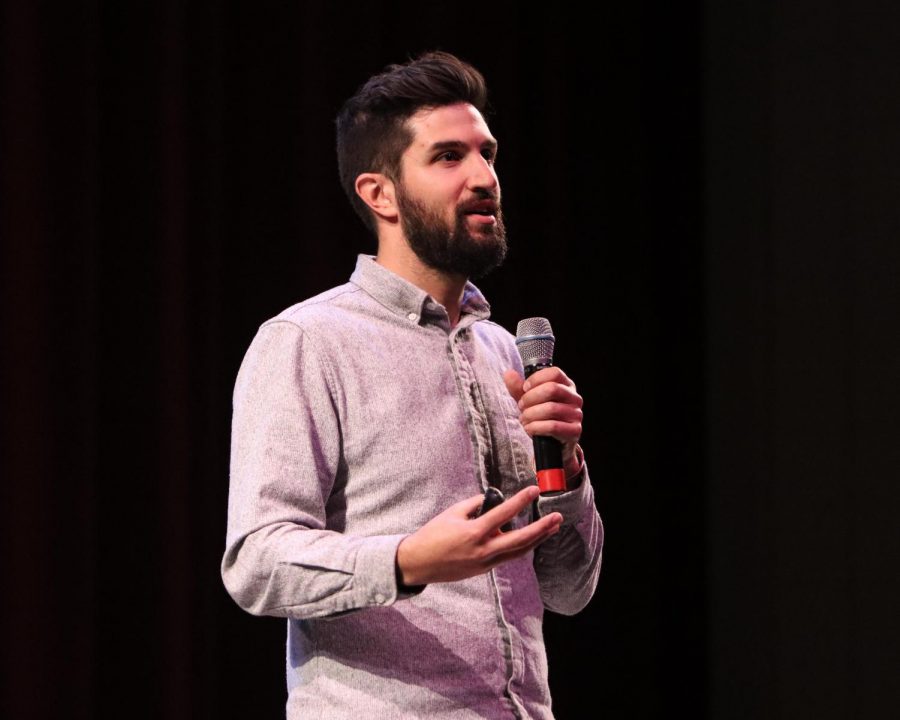 On Monday, March 2, students attended an event where American filmmaker Zach Ingraci shared his story of filming inside a syrian refugee camp, Za’atari in Jordan. Ingraci and his crew were the first allowed by the U.N. to register and set up a tent in the camp. The documentary tells unique stories of refugees facing hardships like silent fearful walks in the night with bombs echoing in the distance.

The first story Ingraci told was Ismail’s. He was studying to become a French teacher at university, not unlike many of us at Whitewater, when bombings and war forced him to relocate for the safety of his family.

“I vowed I would never leave Syria, no way,” Ismail said. “Then the bombings began.”

Forced to flee in fear for their lives, Ismail and his family have resettled temporarily in Za’atari. The average refugee worldwide stays in their camp for 17 years, which stretches the definition of temporary. Unfortunately this is the case for so many refugees fleeing the conflict in Syria.

Raouf is the name of a young refugee Ingraci featured in his story of Za’atari who will spend a large part of his childhood in this camp. He acted as a guide to Ingraci throughout the documentary, but also as a face of the child syrian refugee. He was part of the group of Syrian child refugees who were not receiving any schooling. The filmmakers pushed him to change that when registration day arrived, but Raouf was not ready.

Before fleeing his home, Raouf “saw his school destroyed.”

“It was traumatic for him,” his father told the filmmakers.

The children of Za’atari are often reluctant to go to school after events like these, but the U.N. makes a priority of giving the refugees the opportunity to register. Ingraci returned years later to share the documentary and was happy to see Raouf in school fulfilling his dream of one day becoming a doctor.

Raouf is one of so many in Za’atari who dreams of doing more for society, and of creating a future through hard work and entrepreneurship. Refugees from Za’atari have begun effectively trading and starting businesses to revive a part of their lives they left behind in Syria. Every day the camp begins to look more like a city, with a main thoroughfare lovingly called the “Champs-Élysées” after the French counterpart in Paris.