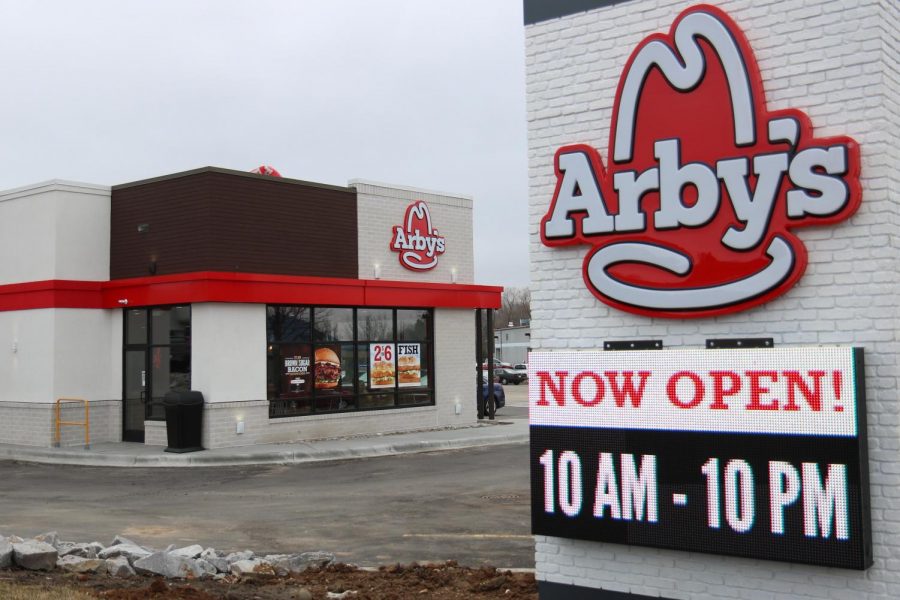 Its grand opening was held for a large crowd of community members Monday, March 9.

When arriving upon the restaurant, the drive-thru line was close to being into the street. Opening at 10 a.mm that day, the restaurant was engulfed in cars and people waiting to experience the new business opening up in town.

Farit Kuri-Azamar, a UW-W senior, shared his excitement about the opening of Arby’s.

“Dude, I haven’t had Arby’s in like a decade, so when I was driving down Main Street one day and it said Arby’s was coming, I was like, shoot. I gotta try it,” says Kuri-Asamar.

It was without question that he obtained the “famed” curly fries that Arby’s lovers crave so dearly.

New Arby’s owner Marc Johnson was also especially excited about opening a new location in the city of Whitewater.

“This is a really great town for Arby’s, and we have stores all over Wisconsin – being a university town with a nice base population in an area we’ve targeted for a long time and we worked our way in here.”

The structure of the Arby’s is their “Inspire Building,” which is complementary to a new modern Arby’s with “state of the art equipment that is very energy efficient,” says Johnson.

The Whitewater Arby’s is their 93rd in the country. The company prepped for a busy opening day and had truck deliveries come to the locations “not twice but three times for opening week.” Johnson’s hope is to have DoorDash, GrubHub, or UberEats to establish and offer delivery in Whitewater.

Grant Enwright, 20, says, “The addition of Arby’s allows students to have more options other than the dining hall, Erberts and Gerberts, ya know, McDonald’s and Taco Bell. It lets us have our options open to our food intake since Whitewater is such a small town.”

Arby’s has brought more options and great food to the city of Whitewater as well as the students here on campus. Welcome Arby’s, and bring on the curly fries.