Quinn Meinerz taking his game to next level 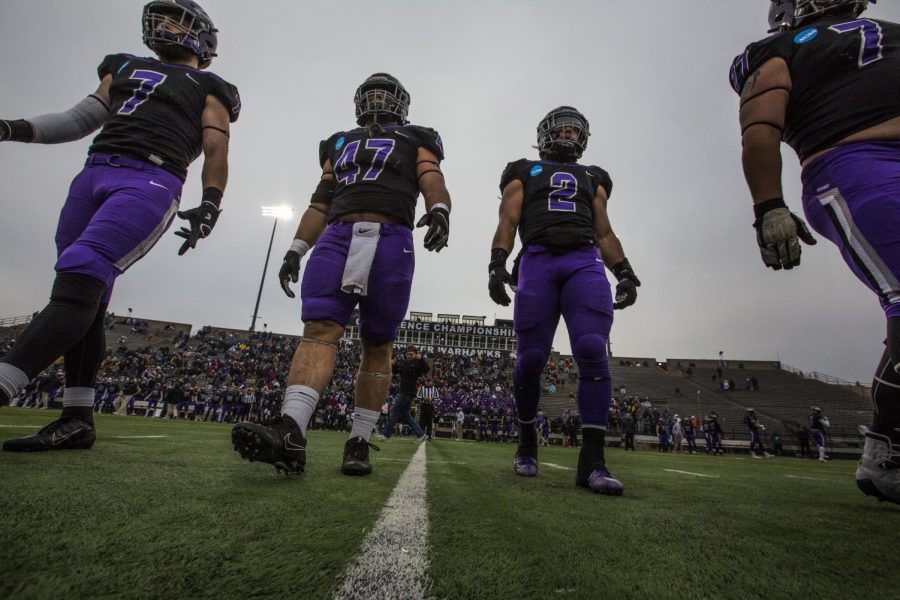 Senior Quinn Meinerz, captain of the Whitewater football team received the Offensive-Lineman of the Year Award and was named Most Valuable Player last season. Meinerz helped lead the Warhawks to a share of the Wisconsin Intercollegiate Athletic Conference (WIAC) championship, as well as the National Championship game. Now he’s taking his game to the next level.

“Winning MVP caught me off guard, and it meant a lot to me that my teammates recognized what values I bring to the team and that they see me as a valuable player,” said Meinerz.

He looks up to many different offensive lineman, and tries to add pieces from their game to his. He also doesn’t want to limit himself to one position. This shouldn’t be a problem because in high school, he played both tackle positions, and has played guard and center throughout his collegiate career.

Meinerz was also named to the All-American First Team by the American Football Coaches Association and the Associated Press. Leading by example is something Meinerz has always preached and that carries over to the team.

“Quinn is probably the best football player I’ve ever been on the same team with, and his impact is hard to measure. He has such a rare combination of strength and speed, that it makes him a problem for any defensive player in the country,” said senior Mark McGrath. “We definitely feed off his energy and a lot of times, he’s the tone-setter for our team. I always say that I’m glad he’s on our team, so I don’t have to go up against him.”

“Quinn’s mental toughness is infectious to our teammates and when he speaks, his words carry a lot of weight. The most important part is he sets the standard with his actions,” said Ryan Ponick. “He wants to earn it every day at practice, is an incredible competitor and his presence as a leader is undeniable. The way he works, how he prepares and takes care of his body is a great example for all of our guys to follow. I really can’t say enough good things about him.”

Typically in the fall, the season would be getting underway shortly, but due to COVID-19, the season has been shortened, and will now take place in the spring. Nothing is confirmed at the moment, but there will be a five or six-game season that will take place, even though the games won’t really count for anything.

Meinerz doesn’t have a decision on what he’s going to be doing if this season ends up happening. At the moment, he’s doing whatever he can to continue pursuing his dream of playing professionally. Meinerz has had “quite the buzz of NFL talk,” and wants to set himself up the best he can in that regard.

Meinerz hopes to keep adding more to his game with different techniques. Finding a balance between being crafty and physical is key at the next level, and he wants to add that to his toolbelt going forward.

“I never thought playing after college could be a possibility, but since about March, there’s been a lot of buzz around the idea, so I’m going for it,” he said.