Fossil Fuels and the UW System 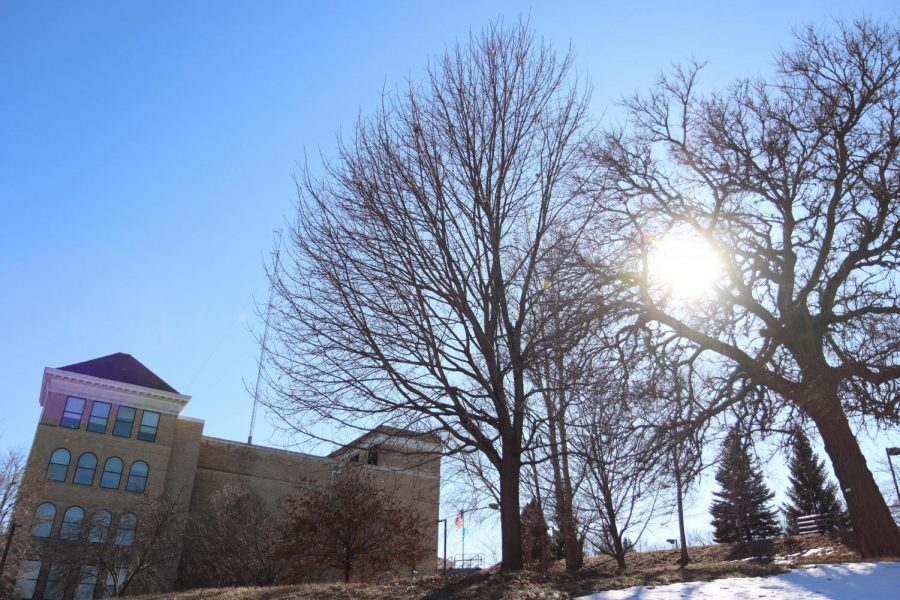 While universities brag about their dedication to sustainability, students are concerned by incremental climate efforts that attempt to appease student activists rather than partnering to pursue trans formative change. The time for such partnership is now, and UWDC is calling on students, faculty, staff, and administrators to push the UW System to end climate profiteering and divest from fossil fuels.

Fossil fuel divestment is effective because it changes market demand. Peabody Energy Company, the largest coal company in the world, stated in 2014 Securities and Exchange Commission documents that fossil fuel divestment could, “significantly [negatively] affect demand for our products.” By 2016, divestment had contributed to their bankruptcy. Additionally, in 2018, Shell oil company stated that divestment poses a “material risk” to their company.

Divestment represents changing consumer preferences, lowering the value of fossil fuel industry shares. Because of this, fossil fuel divestment is not just ethical, but a legitimate strategy to fight the climate crisis.

Some administrators have also accused divestment campaigns of politicizing endowments, because in their eyes, a fiduciary obligation, the duty an investor has to their beneficiaries, means one thing – the highest rate of return possible. Though this is a reckless and narrow mindset, divestment actually optimizes growth. In June 2020, UWDC held a meeting with Dr. Claire Brown, an economics professor at UC Berkeley. Her message was clear, “fossil fuel investments create low returns and high volatility.”

Within the last decade, S&P 500 companies collectively have almost tripled investment returns. When S&P energy companies like Exxon and Chevron are isolated, however, investments appreciate by only two percent. Additionally, multiple studies from Aperio Investment Management have concluded that the risk of divestment is 0.0044 percent, appeasing concerns over diversification.

Despite all favorable arguments, divestment remains taboo. To learn why, UWDC contacted the largest fundraising organization in the system, the Wisconsin Foundation and Alumni Association (WFAA), which invests $4 billion on behalf of UW Madison. Unfortunately, the coalition encountered deflection.

When asked how much of the endowment is invested in fossil fuels, the Managing Director of Communications at WFAA, Jessica Arp, stated that “WFAA does not release investment information beyond what’s included in our audited financial statements and annual reports.” UWDC’s repeated requests for a meeting have yet to be satisfied.

The coalition later obtained a 2013 report from the Madison Faculty Senate Ad Hoc Committee on Fossil Fuel Use and Climate Change in which the group advised against divestment stating that, “According to the UW Foundation, many major donors to the University have already expressed their strong disapproval of divestment, and major donors would withhold their support [if the System were to divest].”

Instead, the committee advised that the Foundation provide, “investment options that are more consistent with donor choice and free market principles than divestment ordered from the top down.”

Calls for divestment don’t come from the top, but rather from student activists. Complying with affluent donors at the expense of our future – that is top down.

Collectively, UW schools have over $7 billion in endowment funds, and yet no UW campuses have committed to fossil fuel divestment. Student groups, faculty members, alumni, community members, and administrators must call on the UW Regents to ban fossil fuel investments.

For more information visit uwdivestment.com, sign the UWDC petition, or get involved on a local UW campus. Together, we will divest.