The right to rock 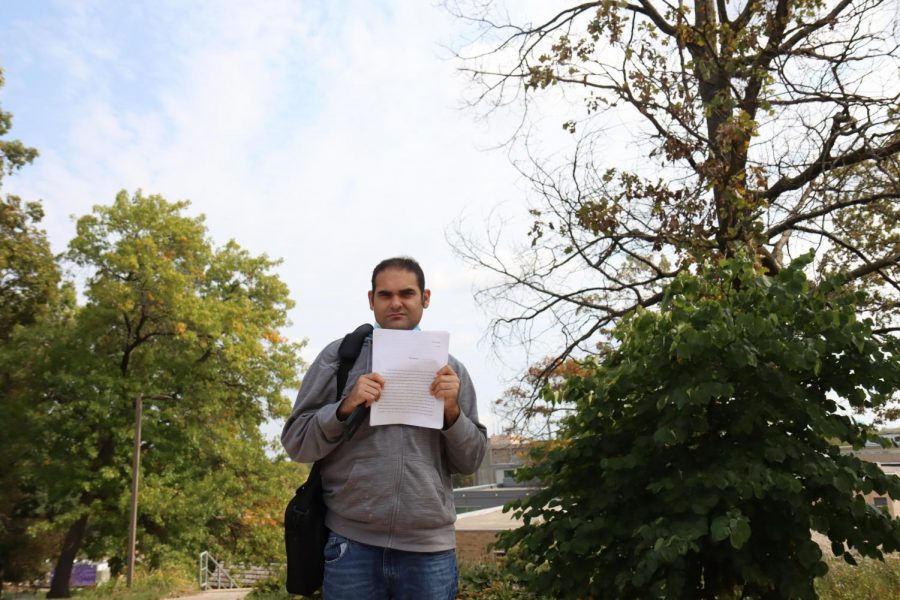 University of Wisconsin-Whitewater Graduate Student Erik Jorgensen holds up his masters thesis on the PMRC Hearings, which he is still currently working on.

Have you every heard people use those defenses in an argument? Well, it turns out that we actually can’t do or say whatever we want. As part of Universal Access to Information Day Monday, Sept. 28, the Royal Purple sat down with mass communication graduate student Erik Jorgensen to discuss his work on a master’s thesis about just such a topic.

Limits on speech, and thus the right to access information is not something from bygone ages ago. In 1985 the Parent Music Resource Center (PMRC) was concerned about potentially explicit content found in the songs their children listened to. PMRC brought up 15 songs that they found concerning such as classics like “We’re Not Gonna Take It” by Twisted Sister and “Trashed” by Black Sabbath to name a few. The list also included evocative popular artists of the time like Madonna, Prince and Def Leppard.

“The events that led up to the senate ruling were pretty interesting,” says Jorgensen. “Such as the artists involved, and how the committee constructed the list of songs. It’s really cool to look at how they decide what should be censored.”

The court ended up ruling in favor of PMRC, and watered down versions of the songs are now what most of us know. This is also why there are those annoying parental advisory warnings when you try to download them.

“I’ve done past papers on music before, but this is one of the biggest events in mass communication history,” says Jorgensen. “I wanted to do something I was interested in, and I’m definitely a big music fan.”

Jorgensen was most interested in whether the ruling violated an artist ‘s right to have freedom of speech in music. Another aspect of his research was finding out why each song was specifically chosen by PMRC. He’s using a multitude of scholarly sources, books, articles, and even YouTube clips to review the song lyrics. He’s up to his ears in research now and hopes to finish in time for a defense this spring.

“I’ve always been interested in journalism and how we use technology to communicate,” says Jorgensen. ” Public speech and media can have profound affects on people.”