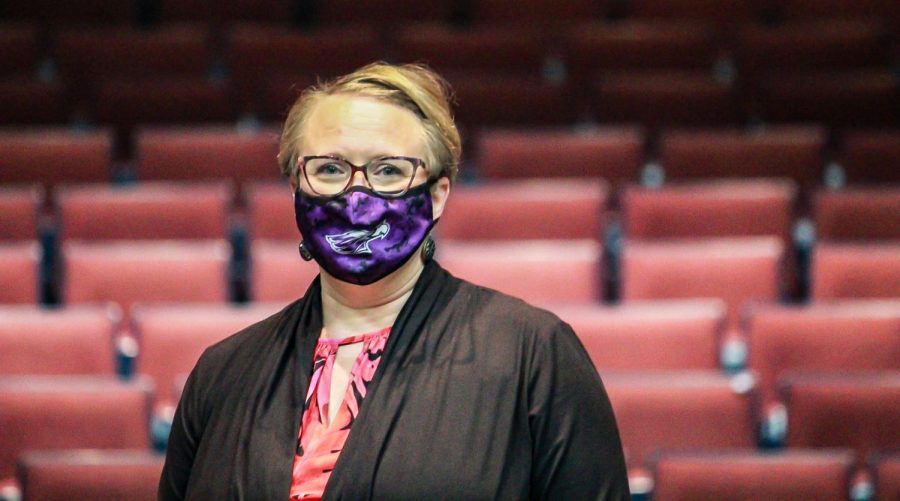 Shannon Dozoryst, Director of Young Auditorium, is excited to announce that this 2020 fall season will be safely hosted online with live concerts, Broadway content, and free weekly performances!

The interactive show let the audience battle it out with each other to select the evening’s set list.

“Once a song hit first place, Dupont and Lange sang, and would play together as a duet. The audience would sing along with it, so it is a very interactive type deal,” said Anna Tolle, vice president of the Cultural Performing Arts Council (CPAC).

Since 2005, the Piano Fondue has memorized over 100 songs, and developed a pre-made song list. They improvised comedy, sang together, and interacted with the audience.

When an audience requested a song, they would increase their credits. This would bump down other song requests, and boosted theirs to the first spot. However, if they boosted their song too soon, someone else could bump theirs out of first. They could select songs that ranged from pop, oldies, country, and Broadway classics.

Dupont and Lange moved themselves to the rhythm, as their energy poured into their music notes. Sometimes, one would play the piano and sing while the other would beat-box. Crowds danced exuberantly and smiled amongst one another.

“Piano Fondue was chosen with the help of our CPAC and the Young Auditorium’s Director Shannon Dozoryst,” said Hans Preghler, CPAC adviser.

The CPAC and Young Auditorium are fortunate to host performances this semester online through the pandemic. They are thankful for the community, and support for their performances. They worked hard to create a digital event list including performances like Edgar Allen Poe’s Tales of Terror debuting Oct. 21 and Momenta Dance Company Nov. 18.

Students who take specific English classes and World of the Arts (WOTA) classes get free access to theater, and concert performances. This way students can study the performing arts from their homes.

“Anyone can purchase tickets online through the Young Auditorium or call the Greenhill Center of the Arts box office at 262-472-2222 Monday-Friday from 10:30 a.m.-3pm, in person, or the day of,” said Young Auditorium marketing specialist Aaron Wesolowski.