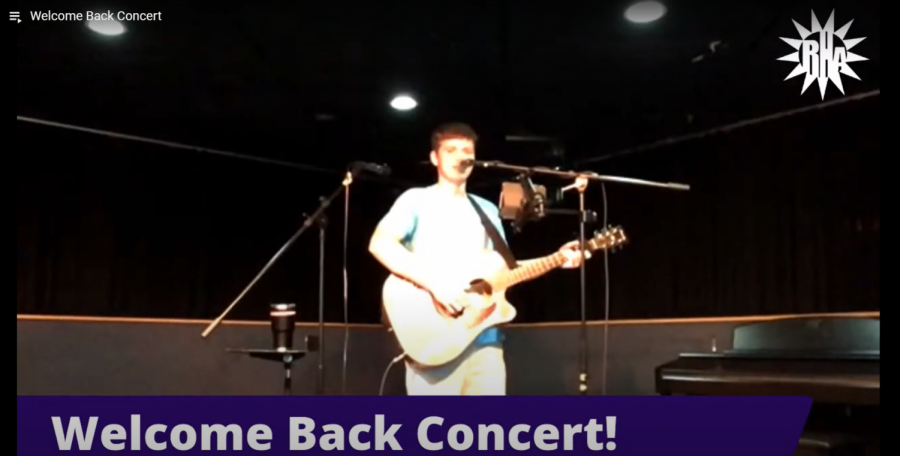 Sophomore communication major Will Cullen performed Sept. 24 in the Residence Hall Association "Welcome Back Concert." The vocalist and guitar player has 115,000 followers on Tik Tok.

Sophomore Will Cullen is a communication major at UW-Whitewater and a rising Tik Tok sensation. He already has 115,000 followers, but enjoys performing for his fellow Warhawks more than anything.

“I joined because it’s the closest thing I can get to a real audience now with COVID,” joked Cullen.

He joined Tik Tok just because he loves performing, but then he received an email about the Resident Hall Association (RHA) Welcome Back Concert when some resident assistants had learned about his talents. He was on board from the beginning.

“I hope it can just be a break for everyone, and just a time to sing and play their favorite songs,” Cullen says. “Any chance I can get to perform now I will take it.”

Warhawks tuned in for the vocal guitarist’s performance Thursday, Sept. 24 from 8-9 p.m. on RHA’s Facebook page  and YouTube channel. Fans can still check out the concert online.

Students made live requests and offered him words of encouragement throughout the night. Cullen’s song list consisted of many country songs and pop hits from performers like Taylor Swift, Ed Sheeran, Harry Styles and One Direction.

The first five students to arrive in person at Jitters in Wells East Hall were able to watch live. Students also entered for free giveaways, which were announced live during the concert. To check out more of Cullen’s performances visit TikTok @WillCullenOffical.