Jumanji: The Next Level

Jumanji: The Next Level provides an action-packed adventure that is "must see" 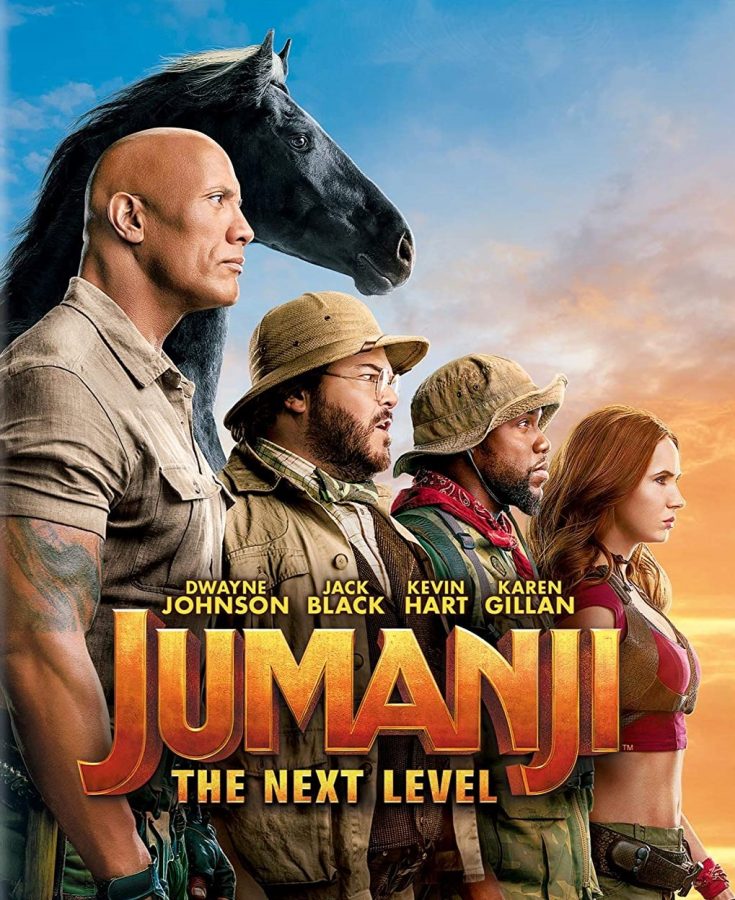 Jumanji: The Next Level is an action-packed comedy film that features popular actors. The must see film includes; Kevin Hart, Dwayne Johnson, Jack Black, and Nick Jonas among others. Catch Jumanji: The Next level at the University Center anytime from Oct. 7-11, at various times throughout the afternoon and night.

The sequel to Jumanji:Welcome to the Jungle, which first premiered in 2017 includes the same characters that made the first film so popular. The characters are casted into a video game called “Jumanji.” This time they must find their friend Spencer, who went into the game after he and his friends decided they would never play it again.

They embark on a journey to capture a jewel that was stolen from an evil conqueror Jurgen the Brutal. They must show the jewel to the sun, and call out “Jumanji” to win the game.  However, the characters have limited lives to complete the game. In addition, the game cannot be completed until at least one player completes the mission. If it’s not completed, the characters could be stuck in the game forever. This creates a meaningful sense of suspense and drama.

The characters encounter multiple enemies, and obstacles that prevent them from getting the jewel back. In one scene the characters must get past a series of rope-bridges, while being attacked by a horde of monkey-like creatures.

Along with the action, the movie also invokes humour that is sure to keep you entertained. The bromance that Johnson and Hart have off the screen is as apparent on it as well. It’s hard to keep from laughing out loud as both Hart and Johnson’s characters exchange jabs at one another.

If students are looking for something to do, they can head to Summers Auditorium to watch this action-packed comedy adventure. More information on UC events can be found on their website.