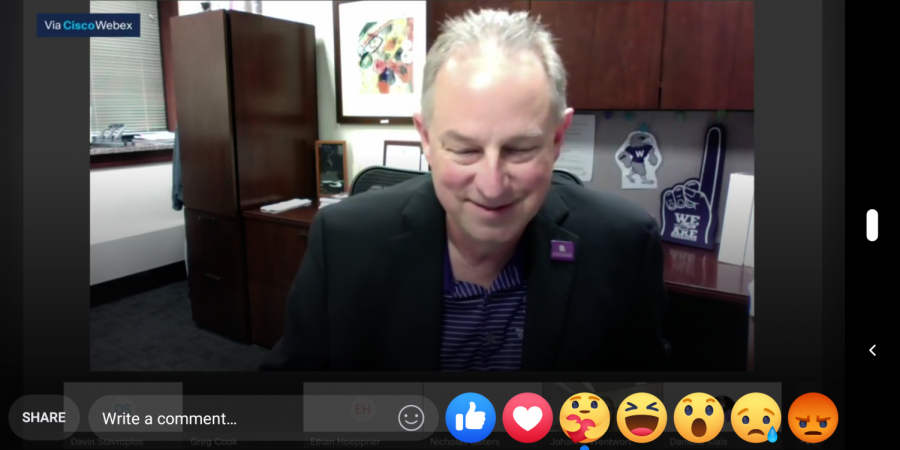 The UW-Whitewater Student Government (WSG) met virtually on Sept. 28 with an appearance made by Interim Provost Greg Cook to discuss the number of students being tested for COVID-19, and how they plan on incentivizing students to go out and get tested, among other topics.

“This morning we approved a plan to expand covid antigen testing to all UW whitewater students. If we are to stay on campus, and continue to provide that on-campus experience, we have to do the testing, and it has to be thorough,” Cook said.

Though it seems like a drastic increase, it was also discovered that though over 1000 students had been invited to take the tests last week, only 40 had accepted. So, comparatively, all students would have to do to get the optimal numbers would simply be to sign up and get tested.

The topic of Spring Break was also discussed. More specifically, the possibilities for reorganization of the vacation days from the regularly-scheduled ones in relation to the University’s COVID-19 policies. No decision has been reached as of yet, and students will be notified if any changes do take place.

The meeting concluded with the regularly-scheduled announcements from the WSG members, the most notable being the mention of the career fair by Johanna Wentwort. The career fair will be taking place Sept. 29 and 30.