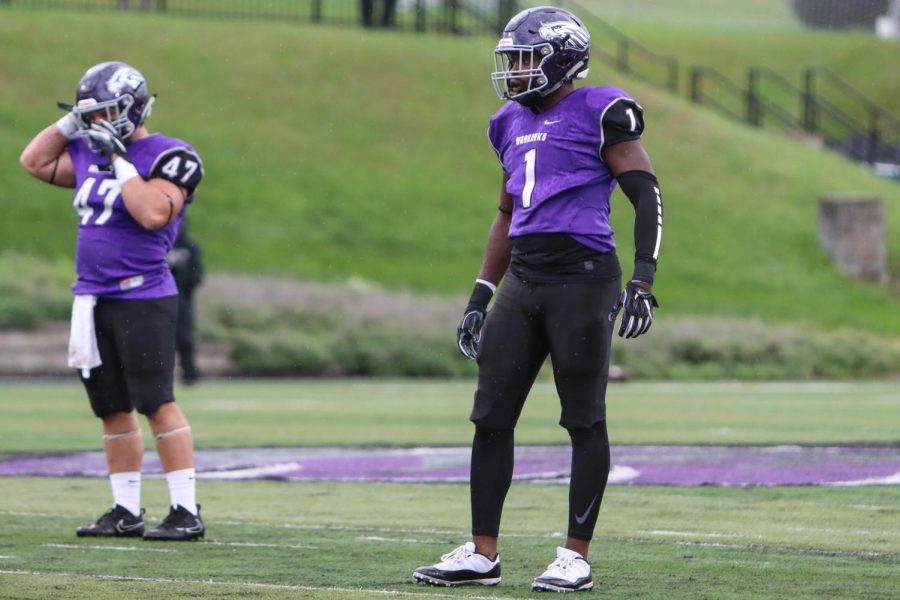 Last week I sat down with NFL prospect Mackenzie Balanganayi, Defensive Linemen for UW-Whitewater. Balanganayi hopes to be drafted in 2021. He shared with me how he got this far, and what expectations he holds himself to.

I recently read up on your interview with NFL Draft Diamonds. What was it like having a group like that contact you?
It was surreal. From a very young age it’s always been a dream to get an opportunity, or to at least get looks from the NFL. My first reaction was to show my dad. I’m one step closer to my dream and it’s a blessing and hopefully something can come from that.

As you mention your dad, I was touched to hear his story growing up in the Democratic Republic of Congo and how you give a lot of glory to him. Do you think you use his life as a motivation for you?

Absolutely. I’m the first person in my family to attend college here, and you know of course it is not easy to be a college student but every time I have my doubts or I’m down in the dumps I look at what my dad went through and what he did to get here. It gives me that second wind to keep going and not give up because I know he wouldn’t have done that. I’m really grateful to have him to look up to because a lot of people don’t have that father figure in their household.

Tell me about your personal journey getting here to Whitewater?

I actually didn’t even really know what Whitewater was until my senior year of high school and my coach, actually the Defensive Line coach right now, Ryan Cortez, he played at my high school. I grew up watching him play when he was in highschool. So he reached out to my highschool couch and asked if I wanted to come up and check out Whitewater. And you know at that point I was kinda that arrogant high schooler saying its division one or nothing but I gave it a shot. I fell in love with it right away. Coach Bullis and the whole coaching staff, they hooked me in.

What has really stood out to you during your time as a Warhawk?

The family aspect of the team. I was blessed enough to be a part of a great team at my high school and it was a leap of faith coming up here. I wondered what the guys would be like up here. Everything went beyond my expectations. An equipment manager last year made a point. We walked into the locker room and all different belongings like wallets, cell phones and stuff were out on the seats. And we all have lockers, so this was astonishing at first but that’s something you don’t even have to worry about. We’re brothers.

Was the NFL always in your head growing up? Did you see that as a final goal?
It was a goal, but I was actually primarily a basketball player so the NBA was the dream for me. My mom actually didn’t want me to play football in high school but I made the point that if I played football, it would help me with my hand-eye coordination which would make me better at basketball. Throughout the years of high school I started taking to football a lot more and that became my primary sport.

So you didn’t even start playing football until high school?
Yeah, not until my freshmen year.

What would be your dream team to play on in the NFL?
Oh, definitely the Chicago Bears, the hometown team. You couldn’t write a story book like that.

What morals do you pride yourself on?
Just being true to myself and always having a positive attitude and a positive outlook. I always want to spread kindness. One of the struggles I dealt with most was getting into that leadership role on the team. The guys before me we’re cold and tough upperclassmen and I was torn between being myself or being in that leadership position and wondering, am I gonna be that? But I definitely have done a good job of just being my true self and by doing that people just gravitate towards me naturally.

With the cancellation of WIAC fall and winter sports, Balanganayi hopes the season will still play out this upcoming spring. 2020 will be his last season before the anticipated 2021 NFL Draft. No matter the outcome, our fingers are crossed to see another Warhawk football player participating in the NFL.