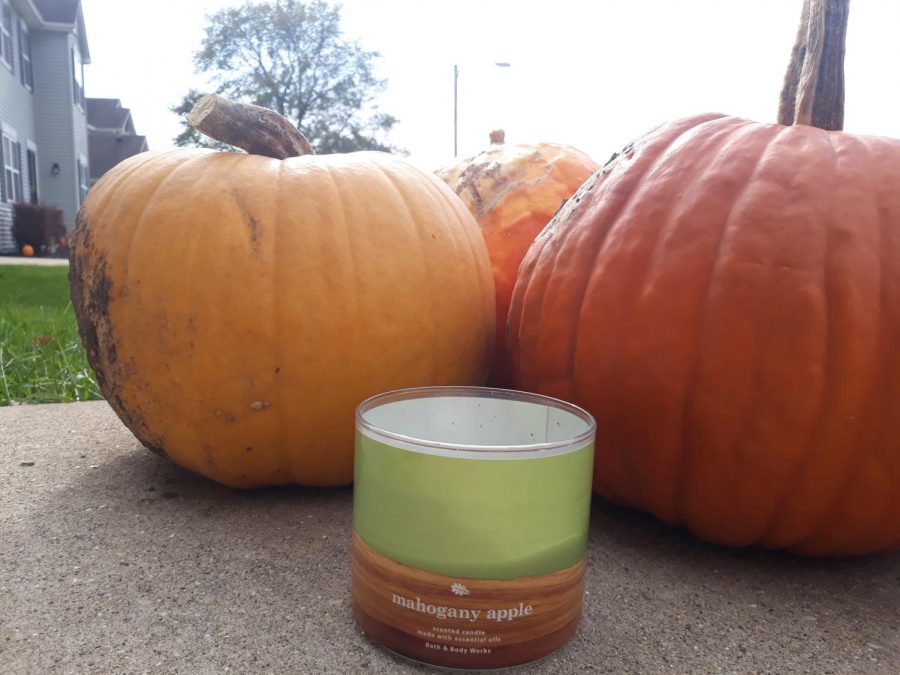 A Draco Candle sitting next to pumpkins.

TikTok has come a long way this past year. With many trends popping up on users #for you page, the Harry Potter movies are making a comeback – specifically Draco Malfoy. Many people are joining in the fun with the trending hashtag #dracotok and making TikToks all about Draco Malfoy. Recently, a candle from Bath & Body Works called Mahogany Apple is said to smell like Draco Malfoy if he were a nonfictional character.

Thus Mahogany Apple is now in popular demand by Draco fans across the country. Bailey Coughlin, a student here at UW-Whitewater, first heard about the Mahogany Apple “Draco” candle on her TikTok when it started to pop up on her #foryoupage.

“I love candles and I love Harry Potter,” says Coughlin. “I thought it was a nice way to make the movie come alive a little.”

Some fans are going above and beyond, spending well over $100 on Mahogany Apple candles, as well as other candles said to smell like other characters in the series.

“I think it’s wild how TikTok has started this mass buy up of candles, but also it makes sense because as a huge fan of Harry Potter I also want one,” says long-time fan Brooke Menzies, 22. “But I am also a broke college student so other things have sadly taken priority.”

Many Bath & Body Works stores are selling out of these candles quicker than ever, but have not commented on the the candle craze. And with the candles in such high demand, people are of course reselling them for higher prices.

To other fans, #dracotok has been candle free and just pure Draco Malfoy content. Harry Potter super fan Lily Evans, 19, is just ecstatic that the series is making a come back again.

“I think it’s funny that #dracotok is even a thing because when I was younger I had a crush on Draco, and now people on TikTok are rekindling their obsession with him and the Harry Potter franchise in general,” Evans says.

So set the mood with a Mahogany Apple candle while watching your favorite Harry Potter flick this fall. Lumos!