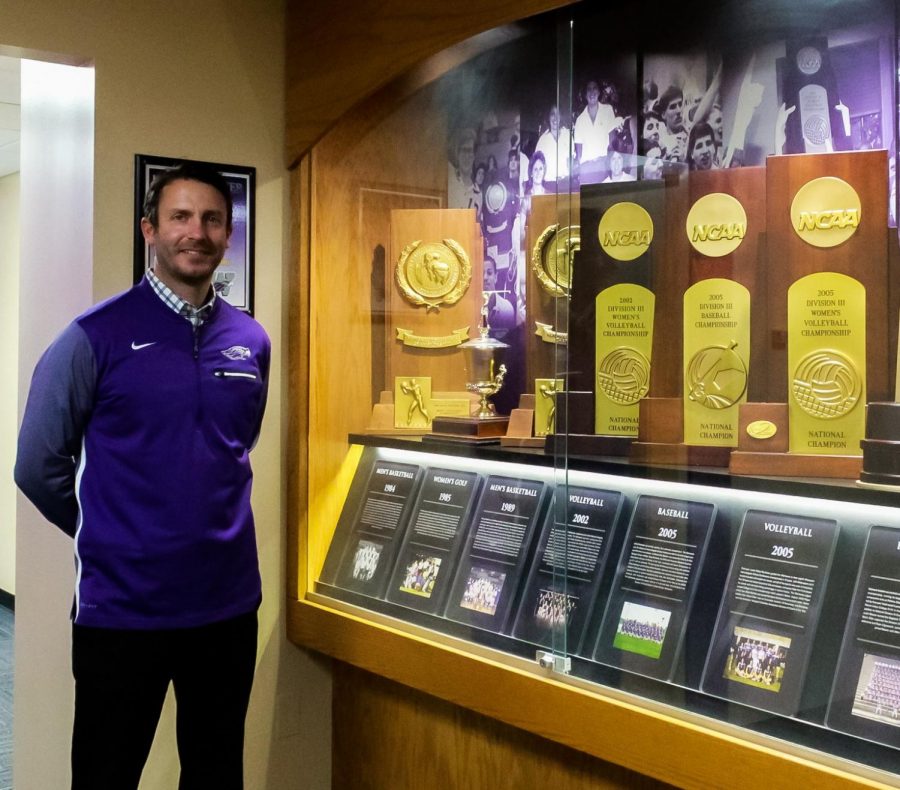 The Wisconsin Women’s Intercollegiate Athletic Conference (WWIAC) celebrates 50 years of championships throughout the 2020-21 academic year, and UW-W females pioneered this major milestone.
The story begins in 1958 when the Wisconsin Athletic and Recreation Federation was formed to coordinate athletic activity among Wisconsin institutions of higher education. In 1966 a motion to force a women’s athletic conference was presented, but ultimately defeated.
In the fall of 1970 WARFCW advisors officially agreed to develop an athletic conference for women and a committee drafted the WWIAC constitution, which UW-W’s Mary Ann Riccio.
March 26th and 27th of 1970 held the first scheduled WWIAC governing body meeting on the Stevens Point State University campus, which included Riccio.
The first women’s championships were held in the 1971-72 academic year in the sports of badminton, basketball, outdoor track & field, softball, swimming & diving and volleyball.
At Whitewater, Riccio was the first coach of women’s basketball and an early coach of field hockey. She was the first Supervisor of Officials in volleyball, basketball and softball, which earned her the WWIAC Distinguished Service Award. Mary Ann Riccio was inducted into the UW-Whitewater Athletics Hall of Fame in 1995 for her 25 years of valuable service.
“I really have been able to follow the leaders in front of me, There are just a lot of great coaches to pioneer women’s sports,” said Women’s Basketball

head coach Keri Carollo. “It is also great to see our sport of basketball really evolve with the WNBA and other professional sports now out there as well – continuing to fight the fight for equal pay. It has been amazing to see.”

Coaches, players and instructors are thankful for the strong women who fought for the right to play and to receive conference recognition of women’s competitive sports.
“I feel very fortunate that I have been a part of such an extraordinary university and competitive conference for so many years,” said Softball head coach Brenda Volk. “The memories I have from being both a student-athlete and a coach are some of the best memories of my life.”
Those memories and experiences are now being passed on to new generations of Warhawk women.
“I wouldn’t be here if it weren’t for the women who paved the way,” said former Women’s Track and Field member Hayley Tepas. I would not be here without those women fighting to be equal with Title IX.”