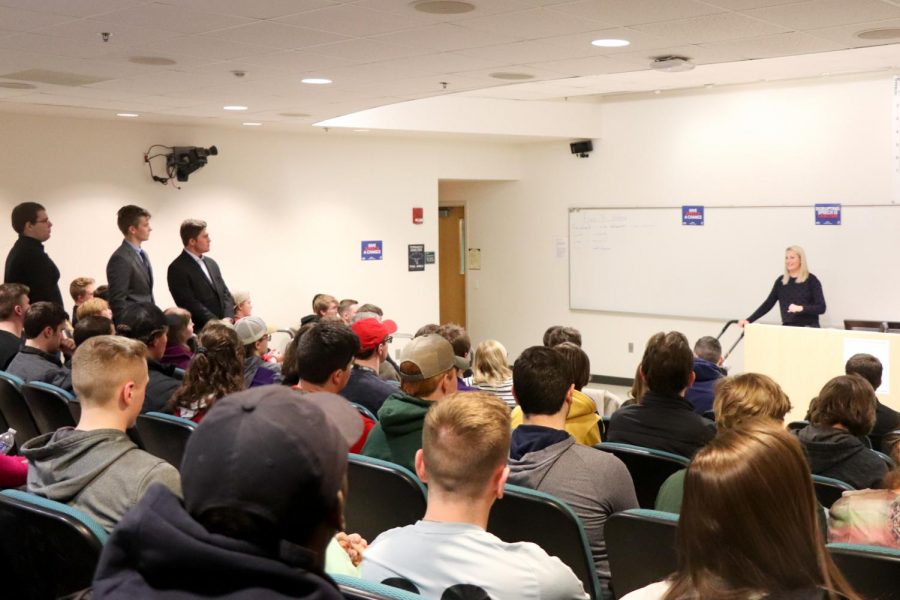 The 2020 election is fast approaching and as many political pundits will note, the youth vote will have an important role in this year’s election, especially here in Wisconsin. The UW-Whitewater College Republicans are proud to be the conservative voice for students, especially in today’s political climate where conservative students have become hesitant to show their political beliefs on campus. We are committed to providing a place where students can join each week to discuss policies and current events, no matter where they stand politically. We are dedicated to ensuring voters are educated and can vote based on the cold, hard facts.

Voting and voting smart this year is a must, especially when it comes to the policies each candidate is running on. Biden has already said he wants to raise taxes, get rid of online gun sales, and has considered cutting federal aid to the police to name a few. On most policies, Biden has yet to actually endorse any stance, which should be alarming to anyone voting this year. Biden’s inability to clearly enunciate his views on policies leaves many voters in the dark on whether they should consider voting for Trump, Biden, or even a third party.

Biden is running on things that he says he will accomplish in the future while Trump is running on his accomplishments as president. If you look at everything Trump has accomplished in the past 3 and a half years he has been in politics, as opposed to what Joe Biden has done in the 47 years he has been in politics, the difference is stark. In his first term, Trump, as a political outsider, has accomplished more than any president in the past few decades. President Trump has led one of the largest revitalizations of the United States economy, creating almost 4 million new jobs, the lowest unemployment rate for women in almost 65 years, and the absolute lowest unemployment rate for African-Americans, Asian-Americans and Hispanic-Americas ever recorded. President Trump has done more for the LGBTQ community than any other president in recent history, appointing the first ever gay cabinet member, and working to decriminalize homosexuality across the world, so than more people can enjoy the freedom Americans have. He has also made animal cruelty a felony, signed the largest public lands legislation in over a decade, gave states new tools to fight sex trafficking, and negotiated several groundbreaking peace treaties in the middle east. Early in the year, President Trump protected Americans for the unknown threat of Coronavirus, through the travel bans to/from Europe and China, while democrats like Joe Biden called his actions “racist” and hysterical”, saving countless American lives. President Trump, unlike Joe Biden, is not a career politician, and will continue to fight and deliver results for the American people!