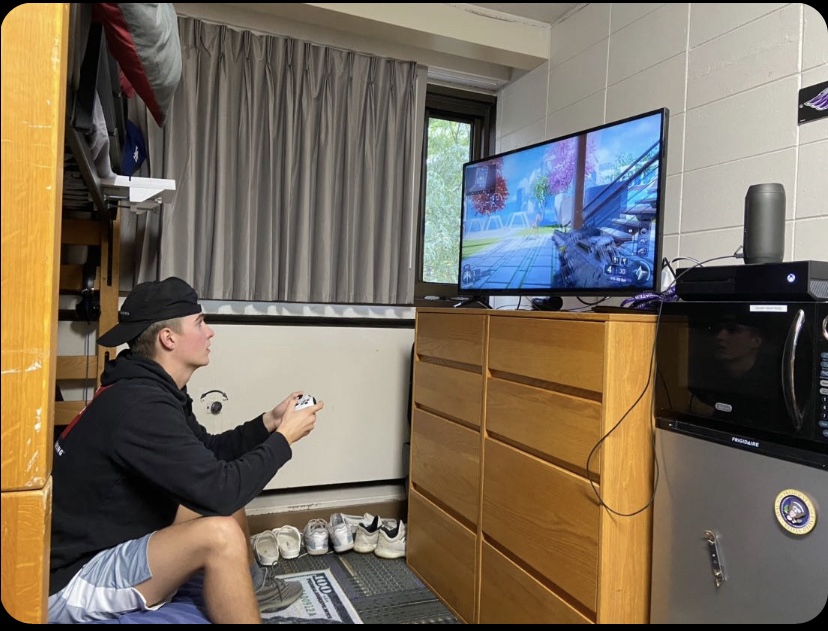 With the importance of social connectivity through technology during a global pandemic and Christmas gift shopping right around the corner, both Sony and Microsoft are playing their digital cards right by releasing new generations of their consoles. The PlayStation5 and Xbox series X are both set to be released this week: the Xbox will release Nov. 10 and the PlayStation5 will release Nov. 12.

The two consoles have similar release dates, but have taken very different approaches to the new consoles’ features and designs. The PS5 and Xbox X both have a price of $500, so for many it may just come down to personal preference. They both offer all digital versions that cost less as well.

“Microsoft’s Xbox Series X and S offer larger varieties of price points for a wider audience, which will lead to a larger player base in the future for your favorite games. The Xbox series X and PS5 have nearly identical hardware, basically creating the same gaming experience besides the remote in your hand. The Series S comes in at a much more palatable price point than the PS5 all digital, however it increasingly seems that the Xbox series S will be a console that runs at 1080p with high frame rates in the 120fps realm even though it’s marketed at 1440p. In contrast, the PS5 all digital has the same hardware as the PS5 and is still substantially more expensive than the Series S,” explains student Hansen Mcilvaine. “Xbox will most likely be the winner of this generation because of their backwards compatibility, cheaper console options and a robust financing program that gives you the console for two years for varying monthly payments throwing in game pass ultimate and Xbox live for free. The only reason to stay with Sony this generation is if it’s the only brand of console you’ve ever had.”

Microsoft’s marketing approach focuses on an idea that there can be many ways to play with each other – even across platforms. For example, a person playing “Rocket League” on the Xbox can play with a friend that plays on a Nintendo Switch, whereas a PlayStation does not cross platforms and only interacts with other PlayStation servers. Sony is more focused on providing gaming exclusives for their users.

“As someone who’s grown up primarily a computer gamer, both consoles have their marks – each with exclusive games and content that the other doesn’t have. As for specifications between then, it doesn’t really matter. Similar to political parties, you’ll support the one you’ve been with the longest until you’ve developed an opinion to defend the other,” says freshman Quinn Vegter.

Celebrities and influencers have had the chance to try the consoles out early in order to promote it to their fans. The responses on behalf of both have been overwhelmingly positive. The anticipation on both ends are high. The drops are expected to be similar to when the Nintendo Switch sold out with all “Animal Crossing” associations back at the beginning of the pandemic.

“I am planning on buying the PS5 just because I prefer the PlayStation user interface and I love not having to change my batteries. The PlayStation exclusive games are slightly better than Xbox. Plus, it looks better than the Xbox,” says Connor Phillips.

According to gamers, the interconnectivity that the video games offer in this time of isolation has been huge for the sanity of mankind in both gaming communities. Game play is only expected to advance in the years to come with dividing lines growing between each new system release. The Xbox series X and PlayStation5 are only the beginning. Choose your console wisely.