Forensics in the virtual world 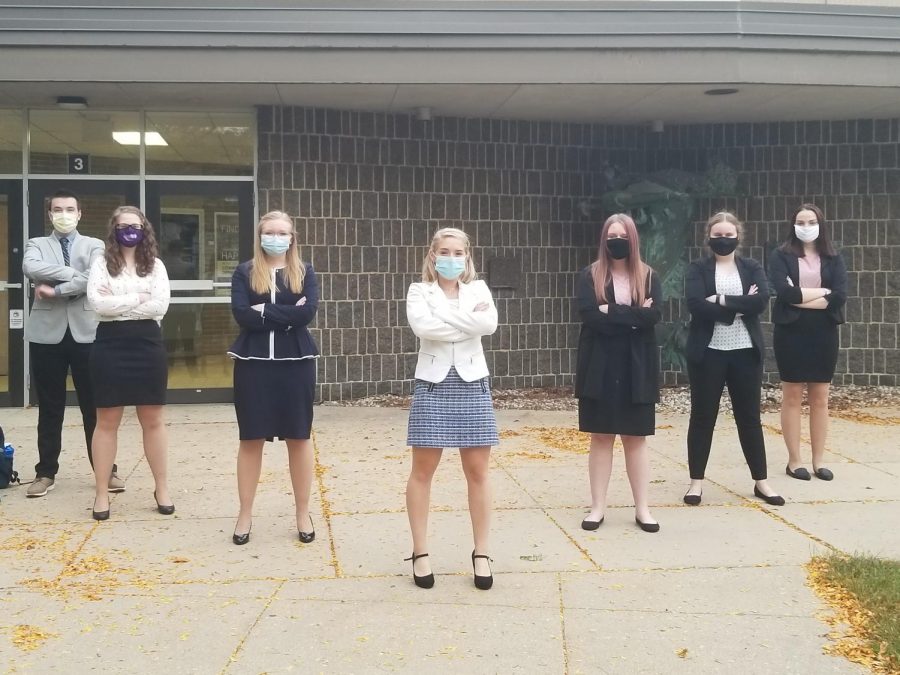 For many people, public speaking fuels the fire of nightmares about stuttering with knees knocking against one another while standing in front of a critical audience. But this isn’t the case in the world of forensics, where the entire point is to be judged.

The UW-Whitewater Forensics Team is a collegiate competitive public speaking team. In a regular competitive season, the team would travel to various tournaments, but this year is adapting to virtual tournaments instead.

The university was slated to host the National Forensic Association championship last April, which is one of the largest tournaments in the country. The five-day event was canceled due to the closure of the campus, but now the team is competing in a whole new online environment. This year’s team of 15 students are glad to have the opportunity to compete, regardless of how a tournament is held.

“Normally we would physically travel to tournaments around the country and compete at different universities, but now we have to go completely virtual so we’ve had tournaments on a number of platforms. It’s forced us to rethink the structure of tournaments and also kind of changed how the activity works a little bit. I think it has encouraged people to move on from some traditional norms in the activity,” says co-director Kevin Hill.

While adapting to the new competition style, UW-Whitewater Forensics has already won upwards of 30 individual and team awards this year. It is also competing against teams it might not otherwise normally face in a regular tournament. The next competition Nov. 13 will pit the group against east coast schools, which they would not regularly compete against in a typical traveling season.

“Depending on where you are in the country the performance differs from how people deliver or put together their pieces. So it’s interesting to see another side,” says team president Alexis Zello.

Besides becoming more articulate, being a part of the forensics team, teaches skills like critical thinking and researching, according to Hill. The team motto “speaking to succeed” encourages students to use these important life skills for their future endeavors – whether professional or personal.

“The friends I’ve made honestly are some of the closest people I have in my life right now. You get to meet people that you share commonalities with, but you also get to meet so many different people from different walks of life that you wouldn’t normally meet,” says Zello.

For the UW-Whitewater Forensics Team, the fear of public speaking – whether in person or virtual  – is outweighed by the skills learned, friendships forged and the awards won.

For more information on the forensics team, visit http://uwwforensics.com/.