A magical time of the year 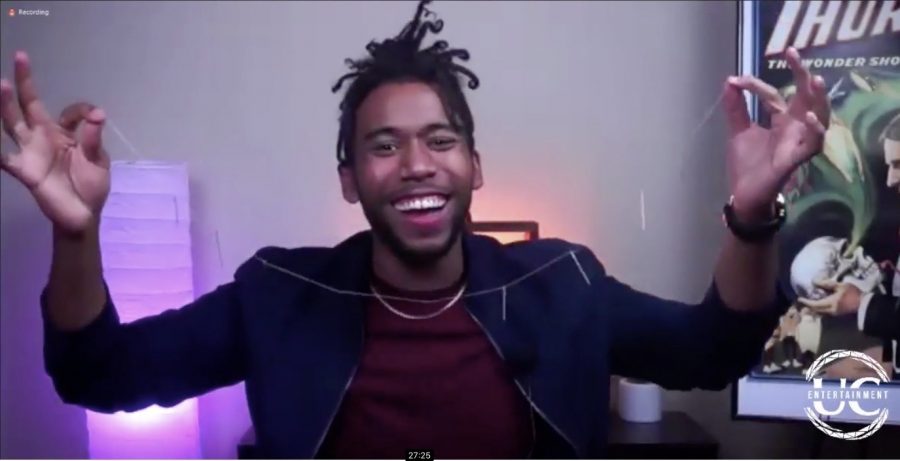 Mentalist performer Noah Sonie came to Whitewater virtually Nov. 12, performing a night full of tricks that would leave your jaw dropped and wondering for hours later how exactly he pulled them off. It was a night of magic and humor.

A mentalist can be described as somewhat of a magician. Mentalists seem to have the powers to read your mind, which Sonie displayed in full grandeur throughout the show.

The performance started off with a cringingly sly trick that got my attention right away. Sonie took sharp sewing needles and began swallowing them one by one. Next, he swallowed some string too. As the audience began to question what exactly was the point, Sonie made sure to show us there was no string or needles still in his mouth. Shockingly, he then pulled the string out of his mouth with the needles threaded through!

While some magicians seem to have obvious tricks or stick to the classics like card guessing, Sonie truly left me speechless with some unique transformations I had never seen before.

In one trick, Sonie had a bag on a table and a bundle of sticky notes written with all sorts of drinks on them. The drinks included varieties of sodas, water and milk, among others. Audience members were told to tell Sonie when to stop as he flipped through the sticky notes stack.

As the bag sat still on a table completely untouched, he flipped through the sticky notes until the audience member stopped on milk. Sonie then reached into the bag and grabbed a can of coke. While we all thought that something must have gone wrong, or perhaps he was a fraud. He slowly poured out milk from the can leaving us speechless.

As he followed up trick after trick, he engaged my attention more and more. In addition, to the tricks, he added other elements that made the show fun to watch. He dropped subtle jokes, and at times it seemed like a comedy show too. Along with the comedic mannerisms, Sonie was full of confidence and charisma. Watching the show, it felt like he already knew he was going to leave you speechless.

Another thing I liked about the show was how he was getting the audience involved. This can be a difficult task when you’re thousands of miles apart, however, Sonie made sure everyone that wanted too, could be a part of the show. The show left me thankful for magic during this special time of the year.