Bright future on the mats 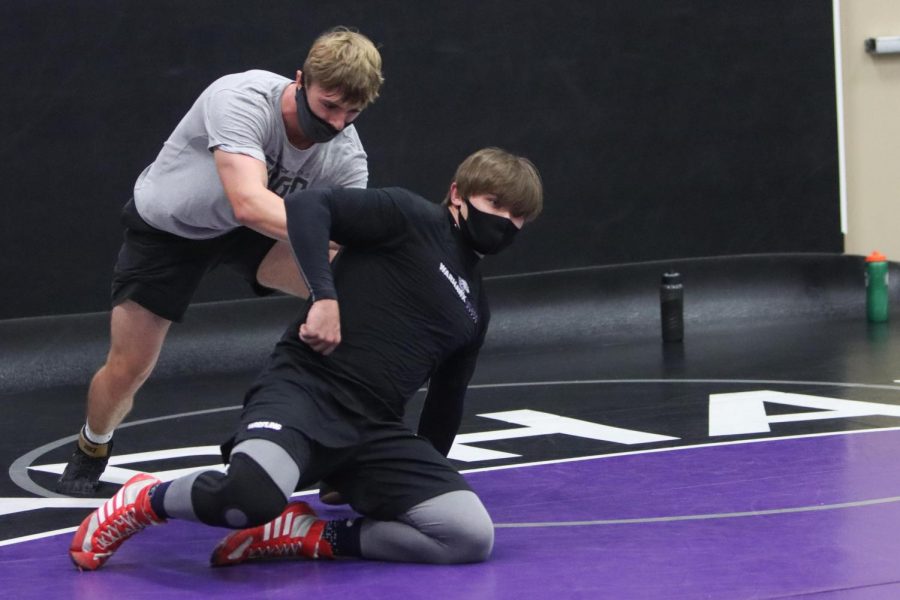 University of Wisconsin-Whitewater’s wrestling team came into the 2020-2021 season with a much different look than last year. The team lost many wrestlers to graduation and now will suit up into the new season with a young, up-and-coming roster. But even with a rookie roster, the team is hungry and still has very high expectations to compete to win the conference. Several wrestlers have been in the program for a year or two, and it is now time for them to make the most of their opportunity to shine on the mats.

Head coach Matthew Zwaschka is sure confident in the young team this upcoming season even though they lost five senior starters. He is excited for the journey ahead.

“Even though some do not necessarily have the mat or competition experience, we feel pretty confident in our group and we are excited for their opportunities,” Zwaschka said.

He is also very impressed with how the team has handled the adversity that everyone is dealing with during the pandemic. The team continues

to work hard and not make excuses for themselves. It’s a perseverance Zwaschka sees on a daily basis.

“I think to be successful you need to enjoy the training process, and the team really is. We practice way more than we actually compete, so all we can control is what we can control, and we will continue that,” Zwaschka said.

A new-found leader on the team is emerging as well in junior Dylan Uzumecki. Uzumecki was second team all conference in the WIAC this past season, and he is looking to be a wrestler to lead the program in a new era. Uzumecki is very excited with the team and thankful to have a shot to compete this season.

“We are really young, but all of our younger classmen have grown a lot in the last month or two. I always expect everyone to train hard, and for the season I’d expect us to compete for the conference championship,” Uzumecki said.

Leadership is also coming from another junior on the team, Cadin Koeppel. Koeppel agrees with his teammate about the excitement of the team this upcoming season. The team continues to remain locked in, and Koeppel along with his teammates still have high objectives for the season.

“It has been a bit tougher to make goals for the season with competition still up in the air because we do not know if we can play against teams in our conference for sure. So we would then have to play other schools out of state, and we do not know as well if there will be a NCAA tournament. Though regardless, we are all making small goals individually and taking everything one step at a time,” Koeppel said.

Regardless if competition does arrive soon, UW-Whitewater’s wrestling team remains focused with their eye on the prize and sweat on the mats.