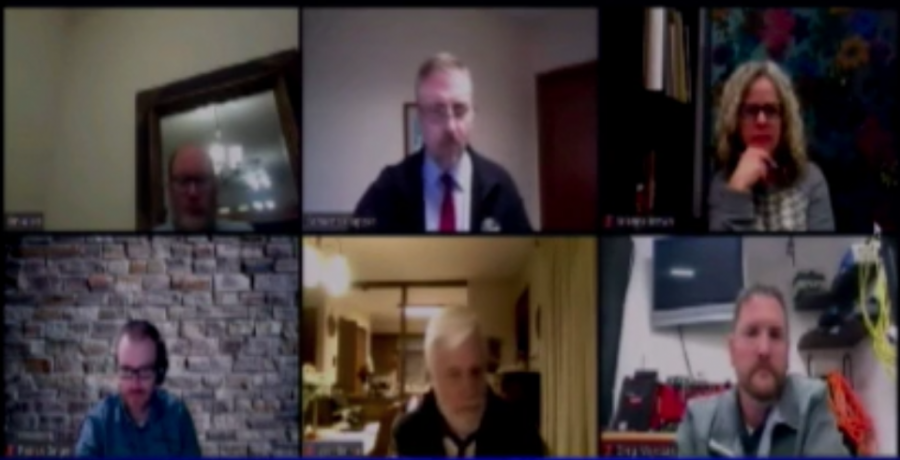 The Whitewater common council gathered on Nov. 17 to discuss the budget, as well as go over a refresh on public and open record laws.

City Manager Cameron Clapper went over the city manager report, which included election surveys and the budget. Whitewater conducted a survey regarding the election, which will be presented at the next meeting. At UW-Whitewater, COVID-19 testing for students was a requirement before they left for Thanksgiving, and following the break all classes are virtual, but some students will return to campus. Students returning are those traveling/visa, as well as athletes. Students will be tested upon return.

Search testing has been a success as well, with more than 3,000 tests procured. There is a spike in the region of COVID-19 cases, but tests in the university and city are down to where they were in prior weeks. So far 42 deaths have been reported, and nine individuals hospitalized. Over 3,000 recovered and there are 521 active cases as of Nov. 12. The number one way to reduce COVID-19 is what the CDC says: wear a mask, wash hands and practicing social distancing.

The City Levy tax bill breakdown was that the city comprises 29 percent of the bill, and other entities take up the rest of it. The budget is balanced according to the report. The proposed 2021 general fund budget is $9,641,209, which is a decrease of 2.4 percent ($241,334). Some notable budget concerns included COVID-19: response costs, program revenues, and state funding. Other concerns include reducing transfers to other funds, benefit costs, limited funding sources, long-term infrastructure needs, and commercial and residential growth.

Other questions were answered about the library operating budget. There was a $26,000 increase in the 2021 budget over 2020 (3.7 percent). This occurred because the makerspace Librarian upgraded to a full-time position.

As for the Police Department summary, there was human error. No positions were added, it continues to be the same. The errors displayed are being corrected. The neighborhood service officer inspection has been combined to become one-full time position. The building and zoning inspection cost over $70,000 in 2020 due to understated value. The 2021 budget is correct based on the revenue estimate. Any other questions can be directed to City Manager Cameron Clapper or Finance and Administrative Services Officer Steve Hatton.

Next, a explanation of public record laws was presented to attendees. A few of the big takeaways from the  presentations are  about what is considered public records. Emails, text messages, and other electronic media messages are an open record even if they are or are not dealing with city business. An area that’s also good to bring up is the transparency ordinance, which requires posting scenery hours ahead of meetings. The public is also able to comment on all items on the agenda. Another area that needs to be kept an eye on is a walking quorum. A walking quorum is a series of contacts made between public body members outside of a formal meeting that becomes a way to understand that everyone is on the same page.

Finally, there was the city manager review process. It happens annually, and an effort was made to make the timeline more consistent. There will be updates on this beginning in the second meeting in January of 2021. The next Common Council meeting will be Dec. 8.