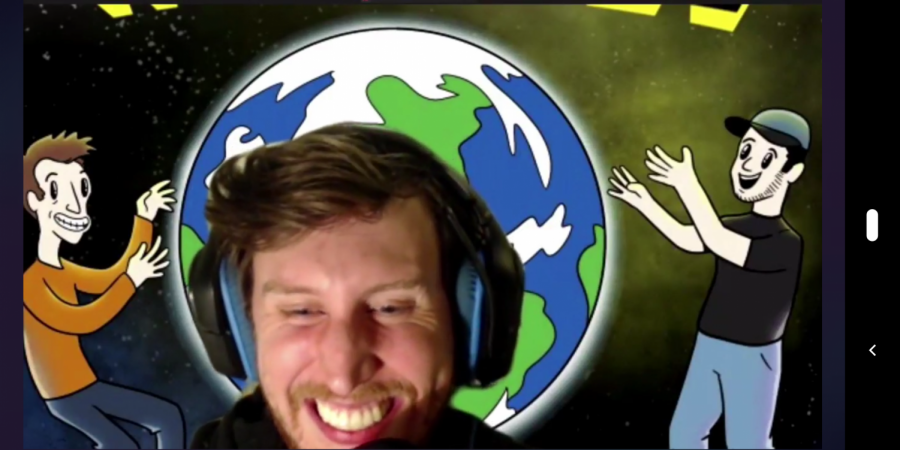 Comedian Jeff Scheen laughs along with his audience over Facebook Live during his show Dec. 3.

UC Entertainment had a laugh Dec. 3 hosting comedian Jeff Scheen over Facebook Live for some fun, family-friendly jokes and stories. He brought a variety of different quips and cackles to the audience in the forms of zany, over-the-top stories, as well as an overall lighthearted attitude.

The best part of the show was how relatable it all was. From the fun stories about working at a restaurant to being afraid to go camping for fear of bears, it all felt so genuine and like it could all happen to anyone. He also handled things well with everyone viewing the show, checking the chat frequently and acknowledging how glad he was to have people interacting with it.

Personally, I loved the way Scheen kept the ball rolling. Despite not being able to physically see and interact with his audience, he still put together a gut-busting set. It flowed well and each story meshed together with one another for a smooth and steady stream of jokes and laughter.

My favorite bit was the part when he told the story of when his little sister was born. He explained that he used to sleep in bed with his parents when he was scared of the dark as a kid. As his mother’s pregnancy progressed, he couldn’t fit in between her and his father anymore, so he slept at the foot of their bed in a sleeping bag. Unfortunately, he was there on the floor when he heard his mother yell “It’s happening!” as her water broke. Now he says he can’t sleep in sleeping bags anymore. Hilarious!

Comedy shows are a well-renowned favorite pastime for a lot of people, especially those who have been cooped up in their houses for what feels like forever. So, as we near the end of this emotional rollercoaster of a year, I can safely say that people like Scheen are pivotal in maintaining our sanity and keeping us feeling good.