How volleyball is taking on Covid-19 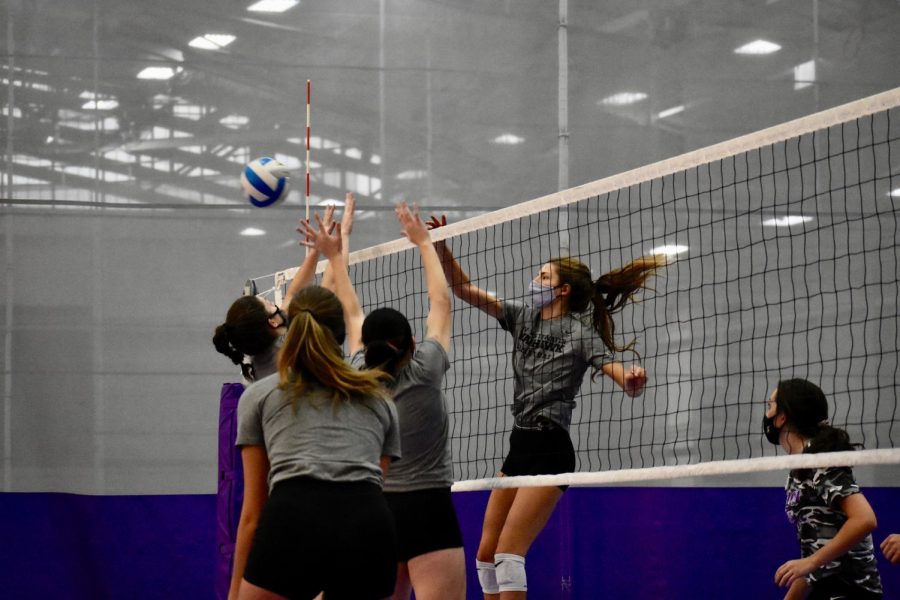 Outside Hitter on the UW-Whitewater women’s volleyball team Chloe Buescher spikes the ball over the net during a practice inside the Kachel Fieldhouse.

This year has not been the ideal year for student athletes. With a cancellation of this year’s season, the volleyball team faced a lot of uncertainty for their season as far as how much they would be able to do and how much they would be able to see their teammates. Luckily for Covid-19 testing and the athletic department’s efforts making everything as safe as possible, the team is excited to be somewhat back to normal.

“As an athletic department I feel like we’re doing a tremendous job making sure we’re able to safely return to the gym,” said head coach Stacy Boudreau.

At the start of the school year the team had a time where they were very limited when it came to practices and being in the gym. The return back to practices started off slow and they held what they called “position practices” where they would have practices in small groups. Recently the team has made the transition to being able to add a few full-team practices.

“We’ve been trying to keep it as normal as possible and as safe as possible,” said junior setter KellyAnn Sotiros.

The team is in the gym four days a week and training with strength and conditioning coaches. They have also been continuing their position practices in addition to their team practices each week. Even though their 2020 season has been cancelled, the team is still looking at the positives, and taking this time as an opportunity to keep training and working hard to improve on their skills.

“We can use this entire year to get better – to focus on anything we want to and hopefully mark down a bunch of our goals that we’ve had for a while,” said sophomore outside hitter Johni Bunkers.

The cancellation of their 2020 season has caused the team to not be as stressed about making errors and getting more comfortable to try new things.

“This is the best time for us to make errors because we can learn how to fix them,” said Bunkers.

Even though this season was not ideal, the team hopes next year will have a comeback stronger and better than ever.