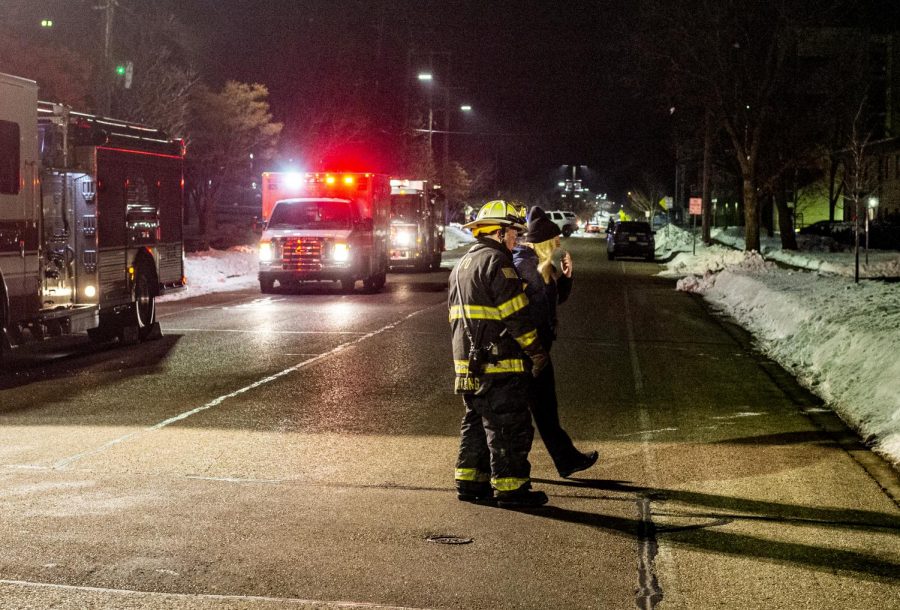 The Whitewater Fire Department responds to a gas leak near the corner of Starin Road and North Tratt Street around 5 p.m. Tuesday, Jan. 12.

Whitewater residents were evacuated from their homes Tuesday, Jan. 12 around 5 p.m. after the Whitewater Fire Department received a call about a break in a gas line. The break occurred near the intersection of Starin Road and North Tratt Street.

“There was a crew of contractors doing some boring, possibly fiber related and they struck a gas line,” said Whitewater Assistant Fire Chief Joe Uselding.

Fire fighters knocked on doors and evacuated residents in buildings surrounding the area for safety precautions in case of a gas leak that could put residents in danger.

“First arriving crews found a utility crew from All Underground Incorporated working on laying fiber optic cable. The crew had hit a gas line which was venting from a hole dug west of the intersection,” said the Whitewater Fire Department in a social media post.

UW-Whitewater Police sent the residents to the Williams Center Gymnasium to wait until the incident was over and they could give the all clear.

“We had no more than 12 people utilizing the gym until the incident was over. Some of the residents decided to go hang out at their friends’ place while they waited,” UW-Whitewater Police Lieutenant Jason Burt said.

WE Energies stopped the flow of gas, completed repairs and made the area safe around 8 p.m., according to senior communications specialist of media relations Amy Jahns.