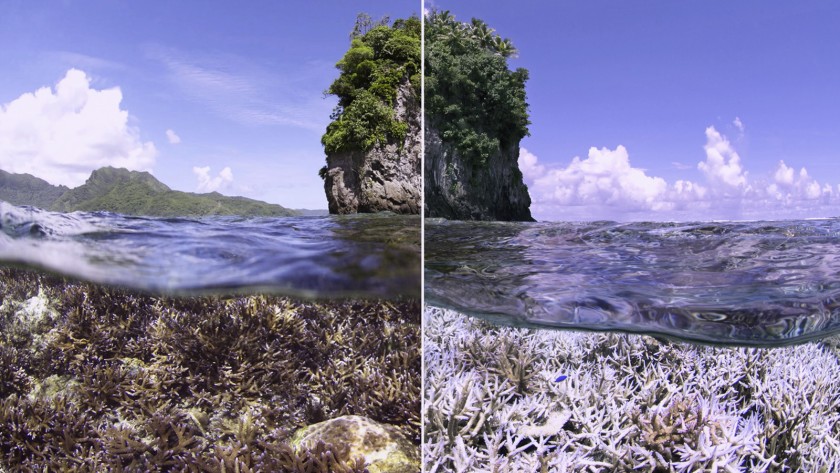 To bring attention to the devastating effects of climate change on coral reefs, PEACE (Peace, Education, Action through Creative Engagement) is showing the documentary Chasing Coral for free online this spring.
The film highlights the devastating bleaching events below the waves that have caused tragic transformation within recent years that often goes unnoticed by humans.
“This film is important because you hear about so many issues and how climate change is impacting the world, but the visuals of this film did a great job of showing how much destruction is happening to them. People need to see that what they are doing has an impact now, that things are going soon and quickly, and within the next few years there won’t be something that is so unique to this planet. Reefs won’t be there for people’s future children to see,” said president Benjamin Bernasek.
A majority of the heat produced by greenhouse gases is trapped beneath the waves. Without oceans absorbing it, the earth would be scorching and unbearable to live in.
“Diving on the great barrier reef is a world like no other. It is the most amazing and astounding thing that an individual can ever do and sadly we are beginning to lose that. We are exhausting the planet’s backup systems, so the reefs are dying. The point of these videos is to educate the populous, so they have some understanding of what is going on,” said adviser James Hartwick.