WSG: The pandemic is not partisan 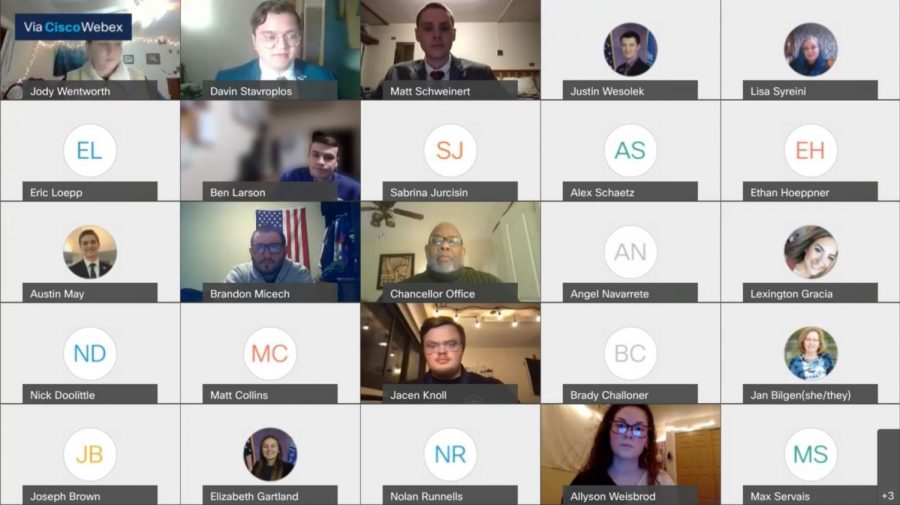 The Whitewater Student Government (WSG) unanimously passed a bill titled Resolution of Support for Wisconsin COVID-19 Protections during the first meeting of the semester Jan. 25.

Governor Tony Evers had previously re-issued Emergency Order #1 and Executive Order #104, declaring a public health emergency in the state of Wisconsin for the next 60 days that mandated the use of face coverings for those over the age of five. WSG reviewed the order and discussed its implications at length for the UW-W campus and surrounding community at the meeting.

In response to the governor’s executive order last week, some legislators prepared Joint Resolution #3. The resolution would invalidate Orders #1 and #104.

“[The State Senate and State Assembly’s] discussion will be on Thursday, so my game plan of action is to have a bit of a late night tonight. After we go through this bill, hopefully on passage, it will be sent to every single legislature that is in the state legislature,” said Director of Intergovernmental Affairs Will Heinz.

The unanimous resolution that passed was accompanied by a letter sent to state legislators.

The letter stated “Our responsibility, as elected members of the Whitewater Student Government, is to do everything in our power to represent the interests of UW-Whitewater students. No obligation is more pressing than ensuring they can pursue their education in a safe and healthy environment.”

As mentioned in the letter and often noted in the meeting, members repeatedly stressed that the resolution is not a partisan issue. They consider it to be a matter of keeping everyone safe.

To watch the full discussion on the passage of the bill visit https://www.facebook.com/uwwWSG/?ref=page_internal.