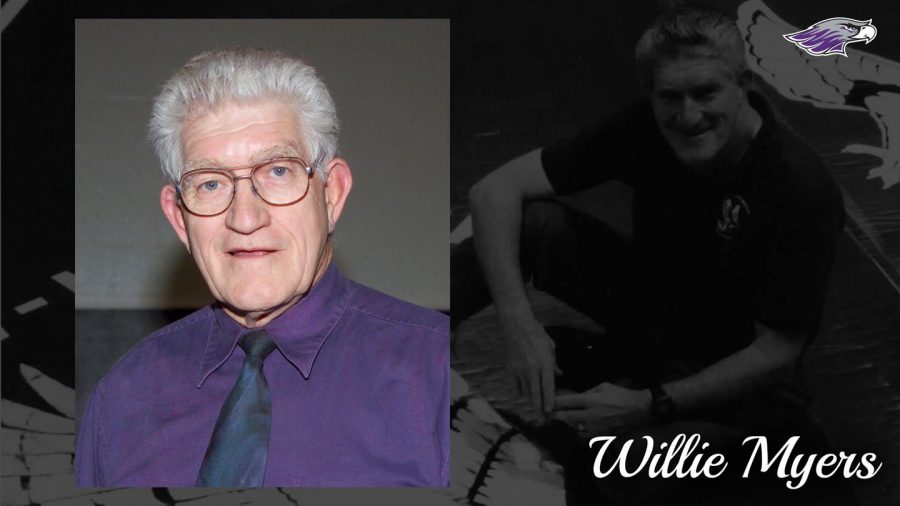 On Tuesday Jan. 12 former coach, mentor, instructor and athletic administrator Willie Myers passed away at the age of 81.

Myers was the head wrestling coach from 1968-2004, he was the Men’s Athletic Director from 1983-1998, and he was a tenured professor in the Department of Health, Physical Education, Recreation and Coaching (HPERC). Myers earned his bachelor’s in industrial arts and a master’s in guidance and counseling from Eastern Illinois in 1964 before completing his doctorate in education administration at the University of Wisconsin – Madison in 1977.

“Willie’s enthusiasm, commitment and leadership as both a coach and administrator were integral to the success of UW-Whitewater wrestling and the entire athletic department,” said Ryan Callahan, Interim Director of Intercollegiate Athletics.

Myers had a strong passion for wrestling and also helping those around him which is why he had so many large accomplishments. Some of his most memorable include leading the Warhawks to 12 Wisconsin Intercollegiate Athletic Conference championships, seven straight titles (1974-1980), 17 top-20 finishes at national championship tournaments (both NCAA and NAIA) and nine finishes among the nation’s top 10. He coached 64 individual conference champs. Student athletes earned 53 All-America honors, four national championships and 30 Scholar All-American accolades during his time as a coach.

“I remember one time when I competed against Willie in college. He came up to me after the match and encouraged me. And that’s something that always stuck with me,” said Matthew Zwaschka, head wrestling coach. “You could really tell how much he cared about the sport and his athletes.”

Myers played a major role in starting up the wrestling team at Whitewater. He himself was a wrestler and in 1964 he was a four-time NAIA national qualifier at EIU. He brought his knowledge of the sport to Whitewater to give others a chance to pursue the sport of their dreams like it was for him. In 2005 the Williams Center wrestling room was dedicated to Myers because of the impact he had at the university. The wrestling room is now called Willie Myers Family Wrestling Gymnasium.

“Thank you for laying the foundation of our great program,” said Adam Latella, assistant wrestling coach. “We will continue to carry on your legacy.”