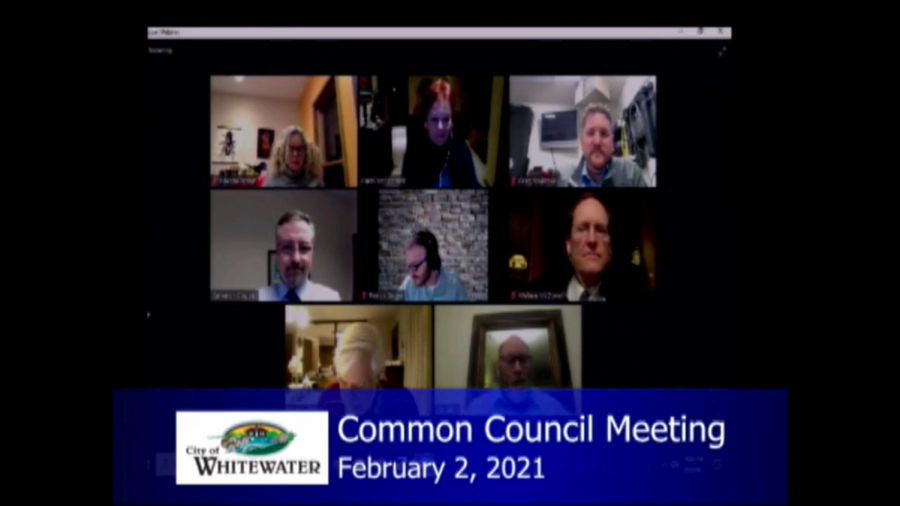 Whitewater’s Common Council held a meeting Feb. 2 to discuss several different aspects in the city including fiscal topics and program reopenings for the New Year.

The council addressed a resolution about the Tax Incremental Districts (TID) extension and creation timeline. Beginning Feb. 18, the Common Council will hold a discussion with the public and the timeline will continue throughout the rest of the spring. The city may move to close Tax Incremental Financing (TIF) districts while extending one through 2027. The decision could potentially free up revenue for other projects.

A budget amendment was discussed that provided a surplus of $205,000 to the city. Of that, $110,000 will address specific issues with the revenue fund, while the remaining funds will help to improve the credit profile and liquidity picture for the city.

The beginning of property assessments is coming for the New Year. Open books dates are Mar. 22 – 23. The board of reviews is Apr. 26, and any questions can be directed to the city staff.

The pedestrian and bicycle advisory committee met for the first time since they were created earlier in the month, and the next meeting will be held Mar. 24 at 5 p.m.

The lake drawdown project website has been updated with a new timeline, as well new information about the project.

The council discussed a proposed ordinance prohibiting smoking and vaping in public parks, but it was not motioned to discuss further because it was deemed too difficult to enforce.

In the City Manager’s report there were several positive aspects noted by Cameron Clapper. The after school programs in the Whitewater Unified School District have been open successfully for two weeks. The Whitewater Aquatic & Fitness Center is also open following proper COVID-19 protocols. The center plans to have open swims in the beginning of March, instating a 2-hour session for the open swims at a 50 percent capacity.

The next Common Council meeting will be held Feb. 18.