Not quite a breath of fresh air 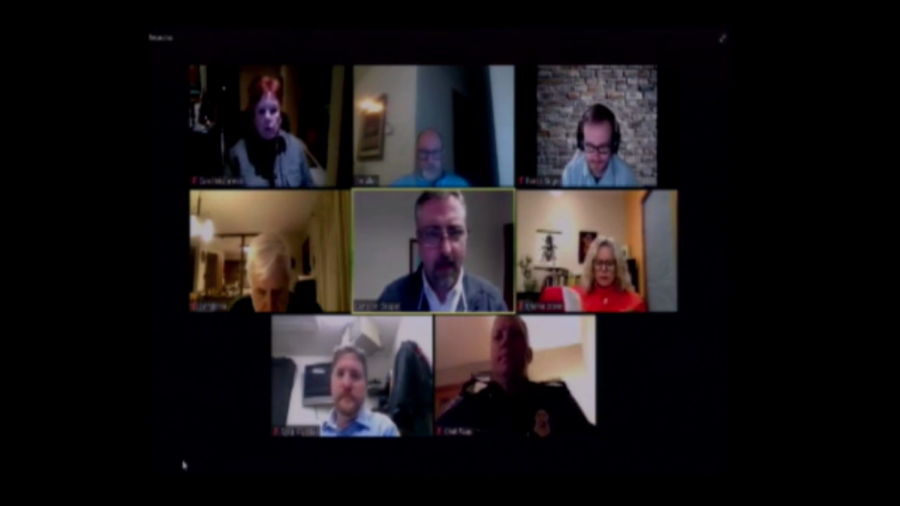 The city of Whitewater Common Council met to discuss an ordinance to ban smoking near playgrounds, extend emergency COVID-19 regulations and give City Manager Cameron Clapper a raise at the Tuesday Mar. 2 virtual meeting.

The Whitewater Common Council gathered to address an extension of the face coverings requirement, as well as prohibition of smoking or vaping within 20 feet of playgrounds and an amendment to the City Manager Employment Contract Tuesday, Mar. 2.

The conversation focused heavily on the prohibition of smoking and vaping within 20 feet of playgrounds, with the end deciding to continue the conversation further in future council meetings.

The council was split on the ordinance, ultimately voting 4-3 affirmative. Another reading will be held, as is required.

An earlier hearing was passed in 2018 for this issue, but most members believed it had been repealed or voted down. The ordinance for this currently states “To protect the health and comfort of the public, smoking and vaping is prohibited in all public parks under the jurisdiction of the city, except within designated smoking/vaping areas.” It has a penalty of “…not less than $25 nor more than $250 for the first offense, and for the second and subsequent offenses, not less than $50 nor more than $250, and the costs of prosecution.”

The council hopes to get more public input on the issue as well.

Common Council member Patrick Singer said the discussion was “…one of the weirdest situations in my 14 years on the Common Council.”

In other news, the council also amended the contract of City Manager Cameron Clapper. The council authorized a 4.76 percent wage increase for 2021. Clapper has been City Manager since 2012.

The Common Council also passed a resolution extending the Declaration of Emergency in regard to the pandemic until June 20. The extension qualifies the city for a reimbursement grant. They passed an ordinance extending the requirements of face masks in public places, and also agreed to continue to hold virtual meetings.

The next Common Council meeting will be held Mar. 16. Visit https://www.whitewater-wi.gov/AgendaCenter/Common-Council-6 to view the agendas, minutes, or to watch previous meetings.