The makings of a play 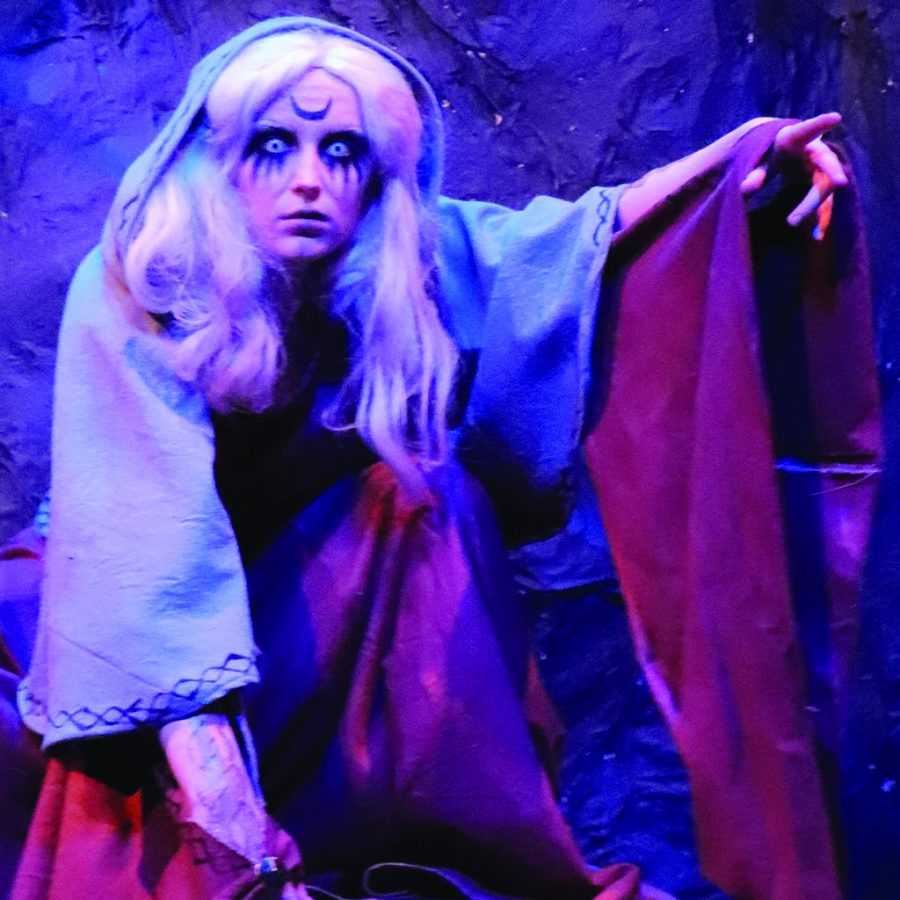 Ivy Steege, a junior BFA theatre performance major, plays the role of Tiresias in the UW-W production of Antigone.

The show must go on, and so it shall. But the production of plays is changing fast with the times, and now more than ever due to COVID-19 adaptations.
The Theatre & Dance Department always strives for excellence when putting on a show for not only the students and staff at school, but for the public as well. So what does it take to put on a play in the 21st Century?

When university directors are interested in working on a play, they often choose scripts that reflect the characteristics of what the students were taught in class to enhance their skills in areas such as language, theme and style.

“All of these steps happen at the same time and are all equally important,” says Department Chair Marshall Anderson. “We wait until we have the correct singers and actors to do justice for difficult parts.”
Royalties are paid to publishing houses for the rights to put on most plays. But Shakespeare works and ancient Greek scripts, like the recently performed Antigone, don’t have fees.

“We need to know that we have enough money, time, and labor to produce all that is needed in terms of scenery, costumes, lights, sound, music, publicity, etc.,” explains theater assistant professor Dr. Bruce Cohen. “All of this is balanced by the season as a whole: After a large production, we tend to do something smaller so that we don’t get burned out in terms of what we are doing for the entire year.”

Despite the fiscal and energy costs, the results are clear for both actors and audiences. Everyone is happy to have the show go on.
“Working on a show like Antigone’’ is a huge feat even without the pandemic. With COVID-19, we were presented with many new obsticles. While we produced two online shows last semester, bringing movement and singing into the mix created new challenges,” said lighting designer Nicholas Sole. “My job was to help keep all the actors looking similar on camera, considering they all had different cameras. Of the staged parts (the two burials and two cave scenes), they required full stage lighting in Barnett Theatre, which presented a new challenge of blending the vision of the director and myself with what the camera was seeing and recording. We really wanted the audiece to feel like they were in the cave with the actor.”