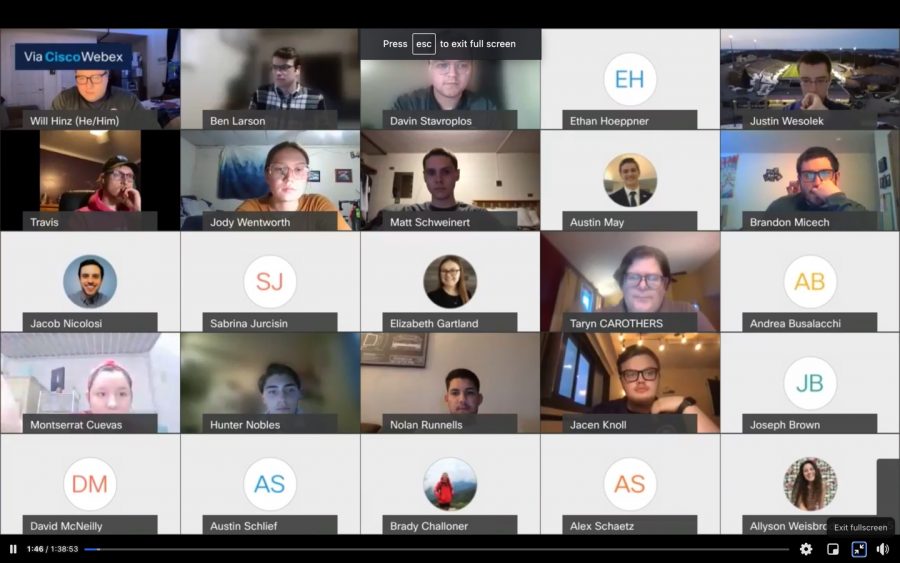 Vice Chancellor for Administrative Affairs Taryn Carathers joining the Whitewater Student Government to discuss positive effects of the debt that the university endured.

Carathers first talked through how the university gets its funding and what they are required to do.

Many universities, including UW-Whitewater, operate at a loss due to new dorms being built like the New Hall or other improvements to campus. The reason we are now in an unhealthy debt is because the university was forced to spend the general funds from the state that was being saved up, Carathers explained to WSG.

At the time, the university had seen its highest enrollment rate in the 2016-2017 school year at over 12,000 students. Now with the downward trend  the student population stands at 11,224. In 2021 UWW accumulated over $13 million in debt. Some factors for this debt were decreased enrollment, spending down reserves, the pandemic and fiscal decisions.

Certain factors were out of our control such as the pandemic. Even if the university was struggling before the pandemic it has negatively affected universities around the world, Carathers said.

WSG Sen. Will Hinz, asked Carathers: “What does the new stimulus bill have in effect for our university?” Carathers informed the student government that UWW could receive a couple million dollars but it was not confirmed.

WSG also presented the dedication of the program to  Purcell “Percy” Pearson, the alumni who recently passed.

Vice President Ben Larson made a motion which the student government was not able to vote on but instead will hear it at the next meeting.

“I was talking to another student who does full online instruction and he asked me if we were going to have a permanent virtual senate seat as this may become more of the norm in the future,” said Larson.

Some senators agreed this would be a good idea.

Lastly, Sen. Elizabeth Gartland showed the new WSG commercial and it was voted unanimously to be approved to go on the Whitewater Student Government’s Facebook page.

To join or learn more about WSG visit https://www.facebook.com/uwwWSG/.  You can also find previous meetings and links to more meetings in the future.