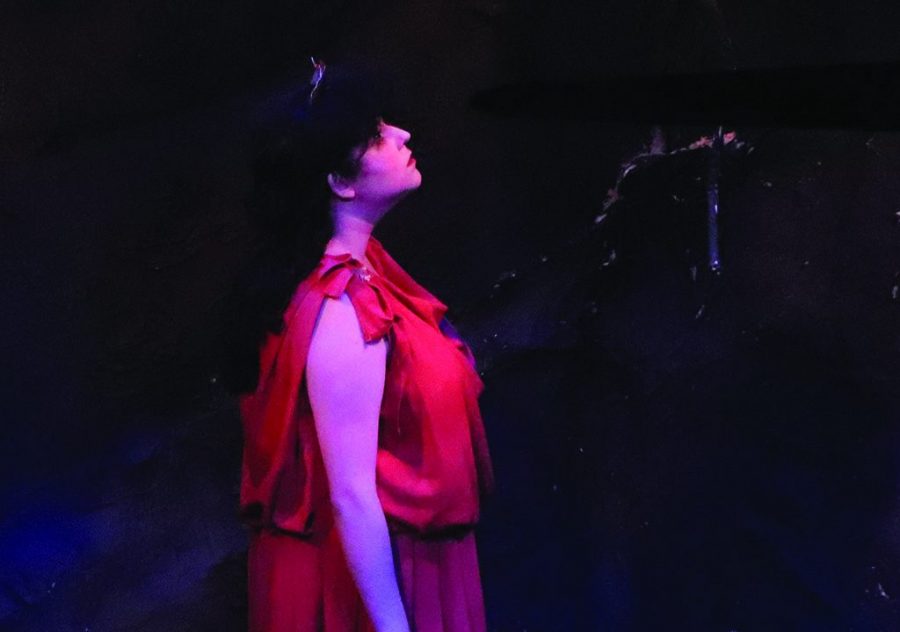 Antigone, the final installment of The Three Theban plays written by ancient greek writer Sophecles is a tragic tale of too much pride and the dark consequences it can have. The UW-Whitewater Theatre and Dance Department performed their virtual version of this classic tale through virtual means. While the performing of the play is definitely adapted around the pandemic, the cast and crew did a fine job illustrating the many complicated themes of Antigone.

The story goes as follows, Antigone, a strong and passionate girl, wanted to give her brother Polyneices a proper burial after he was killed in a fight for the throne. Creon, the new king of Thebes who rules with an iron fist will not let Antigone bury her brother, as Polyneices committed treason. However, after Anitgone proceeds with the burial of her brother, Creon proceeds with a series of events that proves having too much pride can be one’s tragic downfall.

With the pandemic going on, the actors utilized green screens and cameras to maintain social distancing. Despite this, the performance did not have a disoriented feel. As a whole, the actors did a fine job of adapting to the circumstances. With Antigone being such a complicated play, actors had to illustrate the deeper meaning behind their characters’ emotions through how they spoke and with their body language. The performers certainly nailed that part of the play.

Another aspect of the play I like is the scenery and costumes the performers wore. They were detailed and helped create the feeling of being in an ancient greek like city.  By not being on the stage at the same time, the costumes and scenery become even bigger factors in delivering a good performance. The director, Sarah J. Griffin had a tough task putting together a play in a pandemic, yet still managed to carry out the true intents of Sophocles’ ancient greek play.

For more information on UW-Whitewater Theatre and Dance Department shows head to their website.