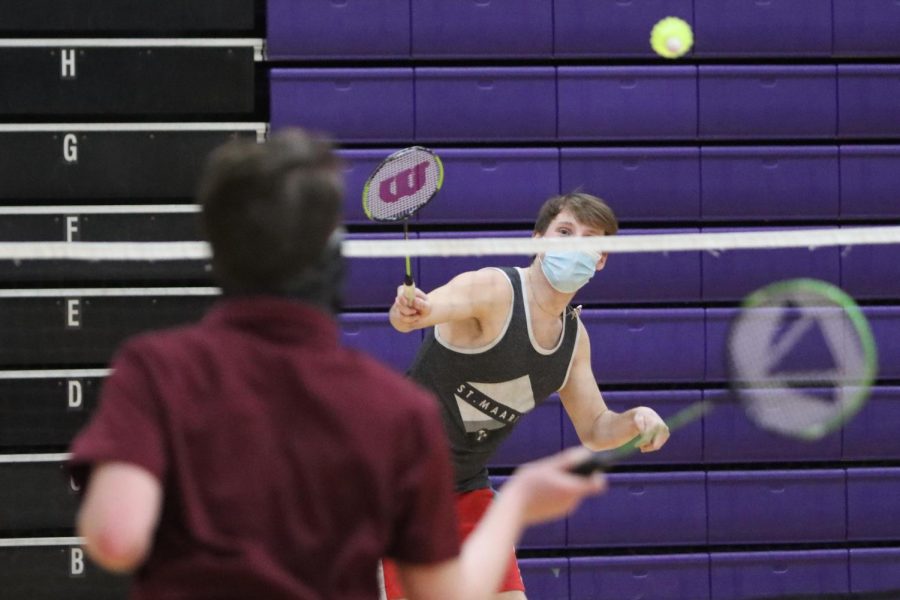 With the spring semester now reaching its halfway point, many students are looking for outlets to relieve stress and have fun. One way in which many students have found to be a good method of relieving stress, socializing, and having fun is by joining one of UW-whitewater’s many intramural club sports. One sport club in particular, has managed to become quite popular this semester. The Badminton Club.

While some would say that Badminton isn’t the most popular sport in the country, those within Badminton club firmly believe that it is still a uniquely different sport worth checking out. “Other than the fact that it’s the only sport to use the birdie, it’s also a more simpler sport when compared to others.” Collin Andersen, who is an officer for the badminton club, says that the sport and the club have provided a good atmosphere to socialize and have fun, “While it can get competitive, it’s ultimately one of those sports anyone can be good at. So, I would recommend it to anyone looking to make new friends and learn a new sport because it can be really fun.”

While many may be attracted to the club mainly for the sport itself, the friendly and social atmosphere of the club itself also has its advantages. “In general, I like the club because I think it’s pretty fun, and the people here are also very nice.” Ben Laskowski, a student who attends the scheduled practices for Badminton club, seemed to only have positive things to say about the club. When asked what he would say to those who may be thinking about joining he had a simple response. “Give it a shot. You’ll never know if you like or not if you don’t give it a try like I have.”

However, while some club members may be newcomers to the sport, there are others who have been playing Badminton for a long time like the clubs Vice President Cynthia Lin. “I have been playing Badminton since I was young and have had a lot of fun playing it.”, Cynthia Lin also talked about how Badminton was more simpler when compared to other sports, but said that “sometimes competitiveness can make a certain game more fun and enjoyable, especially when you get to know the people you are playing with.”

Ultimately, when talking to the members of the Badminton Club, a common theme of socializing and having fun seems to dominate the mindset of those within the Club. Badminton Club Vice President Cynthia Lin, also had this to say about the Club and what it can offer to curious students, “The Club is a perfect place to get in some exercise and get to know people.So if someone wants to exercise more and make friends, then this is the perfect place.”