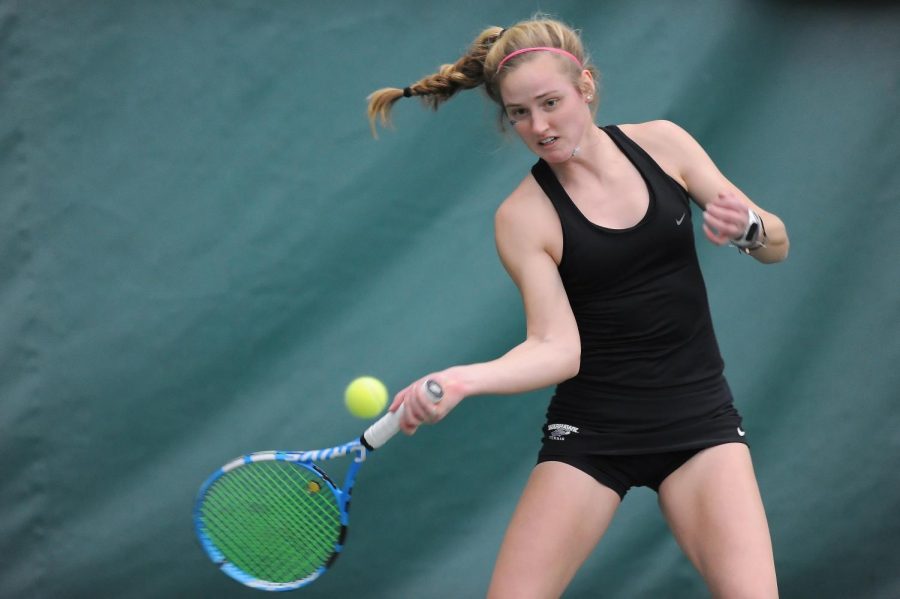 Highlights from the match included Kasey Schlicht and Sabrina Palavra teamed up at No.1 doubles for an 8-1 victory for UW-Whitewater.

The Warhawk women are preparing for their next match in Eau Claire next Sunday, March 28, for a duel against Bethel (Minn.). First serve at Eau Claire’s YMCA is set for 2 p.m.

“We have always been a team with great energy on and off the court and I think that really helps everyone out when they are out on the court and messes with the other team so if we keep that up I’m sure we will continue to be successful,” said Madalyn Bigelow