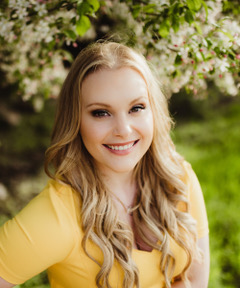 Growing up in Wisconsin during the winter time gave author Greta Kelly a lot of time to watch movies with her brothers, which inspired her to write her new novel, “The Frozen Crown.”

It was a long journey to her success, as Kelly spent the years from 2016 to 2019 to make sure her story was just right before her novel was able to hit the shelves.

“The Frozen Crown is about a princess with a powerful and dangerous secret who must find a way to save her country from ruthless invaders in an exciting debut fantasy, the first novel in a thrilling duology packed with heroism, treachery, magic, and war,” said Kelly.

What led her to writing this fantasy novel was wanting to go against the stigma of the two dimensional damsel in distress and the female side character. Kelly wanted a story to show young girls that women are strong and are able to fight their own battles, and that they don’t have to wait to be rescued. 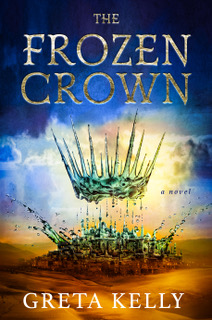 Kelly has written books in the past, but “Frozen Crown” was the first she pushed to get published, which was a huge journey on its own.

In 2016 she outlined the entire book and planned exactly what she wanted it to be. After writing her first draft she sent it out to friends to review, edit, and get opinions.

Kelly soon discovered Rebecca Hayman, who was the first important stepping stone of bringing her story to life. Kelly and Hayman worked together to clean up the book and soon began to submit the final draft to agents. According to Kelly, Hayman was a major part of her writing career becoming so successful, for she taught Kelly what it truly was like to perfect her own work. After submitting her work to dozens of agents, Kelly met her first agent in the spring of 2018 and soon sold “The Frozen Crown” to Harper Collins in 2019.

Kelly is a UW-Whitewater alumni and graduated in 2011 with an international studies and German major. Being an international studies and German major, becoming an adult fantasy author might be a surprise. However, her studies are what inspired her writings. Studying abroad in Germany gave Kelly the inspiration to write the scenery and the characters for her novel, and she believes she would not have been able to come up with everything she did without the opportunity of studying abroad. Kelly wanted to create a fantasy world as flawed as the world around us.

“Filled with magic, war and intrigue, this thrilling high fantasy questions how much a ruler should be willing to sacrifice for the sake of duty. Vivid world-building, high stakes, and just a hint of romance propel, the twisty plot to a cliffhanger finale. Readers will be on the edge of their seats as they await the next installment,” said a starred review from Publisher’s Weekly.

Already the book’s sequel, called “The Seventh Queen” will be coming out in November 2021.