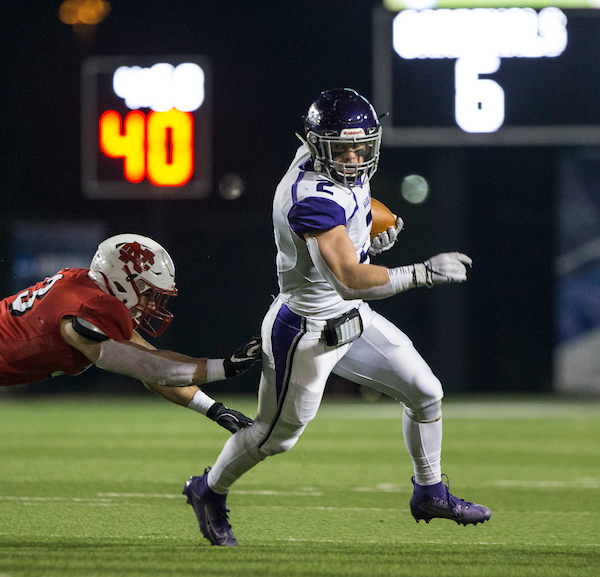 The 2019 Warhawks unfortunately could not end their season on a win, and were unable to redeem themselves in 2020 with a cancelled season. Two years is a long time between live snaps, and with that brings the opportunity for significant change in how this 2021 team will perform this year…

Both offensively and defensively the Warhawks are returning key contributors – some even with national recognition for their performances. With so many talented players returning, we can look forward to some special situations arising for players to breakout of their known role, make some magic happen and possibly contribute in a larger way to the team’s success.

Among those returning players are Alex Peete, the Warhawks’ starting running back who is looking to eclipse the thousand yard mark for the third straight season. He enters the fall as a D3football.com preseason second team All-American after a 1,069 yard and 14 TD season in 2019.  He is primed to have another great season in 2021, but this article is about a breakout star, not an established one.

Team captain and running back Ronny Ponick was second in rush yards among backs returning from 2019. He seems like he will have ample opportunity to earn that #2 spot on the depth chart for this season. After a massive start in 2019 his production dipped slightly as the season went on. Interestingly, the 5’8” 200 lb. senior increased his targets in the passing game later in the season, which is where his value could skyrocket in this offense.

With mighty Max Meylor as the sure QB who provides a running threat of his own plus Peete drawing heavy attention from defense, look for Ponick to have some big plays with the offense opened up. Look for his 436 yards and five total TD numbers from 2019 to increase this 2021 football campaign, as well as his overall impact on the Whitewater football team winning games, which is something they surely know how to do.