The sudden signs of summer’s end 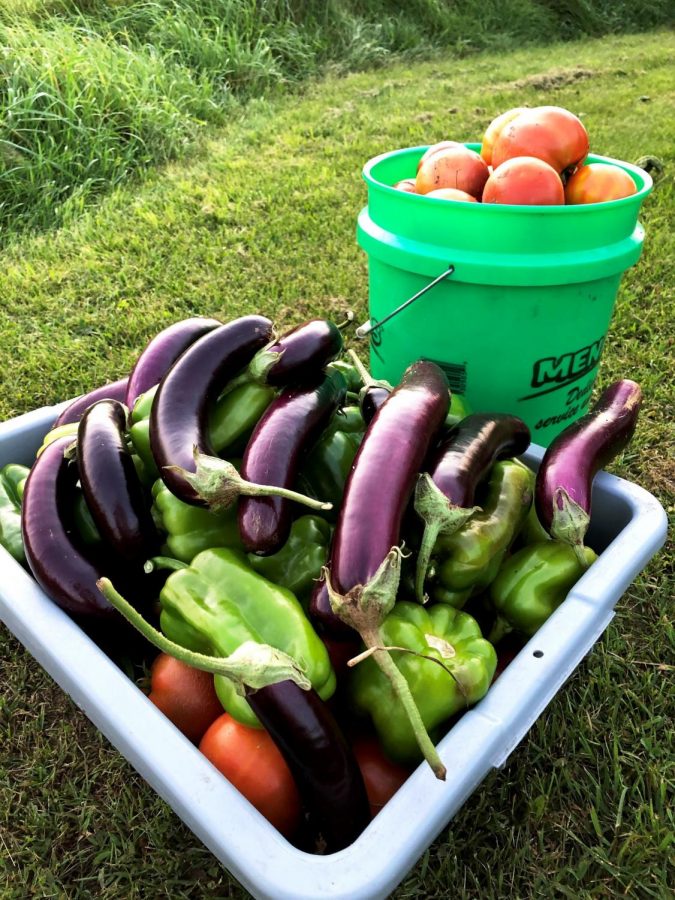 And suddenly, summer is over.

The astronomical beginning of fall will be at 2:21 p.m. Central Daylight Time on Wednesday, Sept. 22, when the sun crosses the equator and we have equal amounts of daylight and darkness. Meteorologically speaking, when the seasons follow the calendar, it began on Sept. 1.

The natural signs of fall are the trees already changing color, the cooler mornings and the shorter days. For some, it’s the reappearance of the yellow school buses as children return to class, or football games on the weekends.

I’ve written before that fall is my season of a little melancholy as the growing season draws shorter. Another summer that began with such high hopes that we had turned the corner on the pandemic is fading just as we face another spike in COVID-19 cases.

I look back at summer and view the tasks undone and promises not met, and I feel a little sad. Time is so precious. Yet, I must turn my back on the waning days of summer and set my sights forward into the fall.

Perhaps my somberness is tied to the knowledge that winter is not far away. There’s work to be done. There’s wood to cut. Gardens need to be put to bed. Some windows need caulking.

On the farm, a third cutting of hay is complete. With fewer animals to feed, my winter supply will be adequate. Our chickens are now gone, finding a new home with a neighbor.

The bounty from the vegetable garden continues. Tomatoes, peppers and eggplant abound, along with melons, a few pumpkins and squash.

Did I mention squash? The blue hubbards we planted overtook most of the garden, with vines growing nearly everywhere, including through a woven wire fence.

According to Rareseeds.com, blue hubbards can weigh from 15 to 40 pounds. We certainly have a few that will hit the top of that range.

The website also says the squash came to our country in 1854 from the holds of a ship from the West Indies in the form of large green squash from South America. A local seedsman by the name of J.H. Gregory said he got the seeds from a Miss Hubbard and then bred them to be a blue color.

But another story says it was indeed Miss Hubbard (first name unknown) who actually bred the squash from seeds that came from a ship.

Either way, the blue hubbard fruits (yes, squash is technically a fruit) are massive and will require wheeled transportation of some sort to get them into the house. Good thing the skid steer is parked close to the garden. The squash’s thick skins make them ideal for long-term storage, but will also require a hacksaw or a machete to cut them open.

One summer chore that I will not be sad to see go away for the year is keeping up on the yardwork. A large country lawn requires a lot of mowing and we’ve put our riding mower through the paces this year.

I had been having to air up both front tires most of the summer until July, when the right front tire got slashed by a rock. The gash was too big to use the slime patch. I purchased a replacement tire and, just in case, also bought an inner tube. I had plans to take an hour, remove the tire, put the new one on the rim, and be good to go.

Two hours later, with my tools and some choice words scattered everywhere, I finally got the old tire off the rim and resigned myself to take it to an implement dealer to mount the new one — with the tube. A week later the tire went flat (again) so, I pumped it full of the slime and so far it’s been holding air — most of the time.

Mowing country lawns also means landscaping with all of the gopher mounds and uneven terrain, which is a little hard on the mower blades. You know it’s time to change the blades when you mow and have a hard time telling where the grass was cut.

I had hoped to make it to the end of the season without having to change the blades, but clearly, the mower wasn’t cutting it anymore. So, I dropped the mowing deck, turned it over and understood why. One of the blades had both ends bent straight up — not exactly standard placement for a mower blade. A fan blade, perhaps.

I had some challenges with loosening the nuts holding the blades, but I was able to remove the bent scrap iron posing as blades and installed two new ones.

There are only a few more mowings left in the season, so that’s one chore usually done in the spring that’s already done.

Sometimes I procrastinate so much that I’m actually ahead of the game.