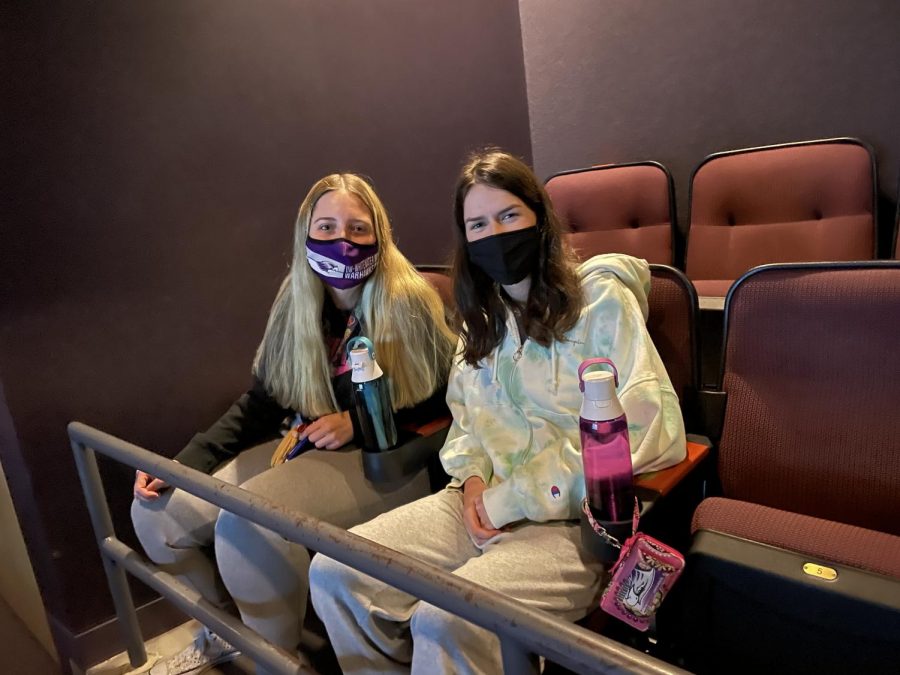 UW-Whitewater students Catherine Carani and Faith Long get ready to watch In the Heights in Summers Auditorium of the University Center Thursday, Sept. 23.

Get down to the music, feel the beat, feel the pride, see a culture being celebrated, and the love for the Washington Heights in this film In the Heights. In the Heights is a musical that celebrates the Hispanic culture in Washington Heights with hopes, dreams for a better future even while showing pride in the home they live in. The choreography, the music, the emotionality shown through each song that proves to be relatable in the end through it’s themes of home, being proud of our culture, the people we love, the dream we want to go after, and hope for a better future. This is a film that was directed by Jon M Chu who is known for his film Crazy Rich Asians; the music and dancing was choreographed by Lin-Manuel who wrote and choreographed the movie Hamilton. The cast was mostly unknown, but some you may have seen before, such as: Lin-Manuel Miranda, Anthony Ramos, Leslie Grace, Melissa Barrera, Stephanie Beatriz, Corey Hawkins, Dascha Polanco, and Gregory Diaz IV.

In Washington Heights, New York,  home to a huge tight knit neighborhood outside of the 181st St. subway stop with multiple people who all have dreams, keeping the streets vibrant with it’s hope while at the corner of a bodega owner who has a dream and hope for a better future. The rent is high as usual, the neighborhood is going through the hottest summer they have ever had, shrugging it all off with singing, going to the pool, and having a good time. The musical tackles many topics throughout the film on gentrification, racial inequality, pride of home, pride of culture, immigration, and dreams for a better future. The gentrification was shown through the rents, price increases, and wealthy people buying businesses from people in the neighborhood. The pride of home and its culture is what brings the movie together and is known for the celebration of culture, using Spanish throughout the film, waving their countries flags, and in a powerful display of pride for their heritage. Immigration was shown through the history of a character, how far they went to get to where they are to America, what they had to do, and the deep root of that history was beautiful. The dreams for a better future was shown through the characters Usnavi, Vanessa who both hope to get to the dream they have for a career and come back to their hometown.

I personally enjoyed this film because it celebrated culture, being proud of where you come from, and striving for your hopes and dreams which are all relatable. The best thing about the movie was having fun with the music, the rapping, the beat, and it felt like a fantasy in one of their choreographed dance scenes. The best musical choreography scenes in the movie was the dance at the pool. The dance numbers, interacting of characters, and the deep and moving story. It was a fun ride, and will definitely make you smile from the music with proudness. 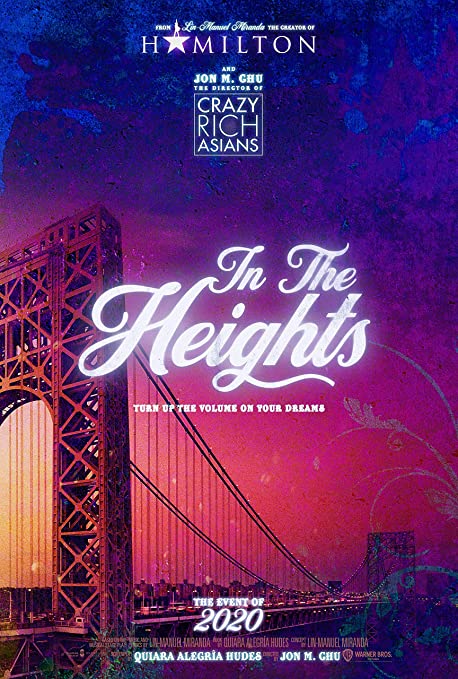