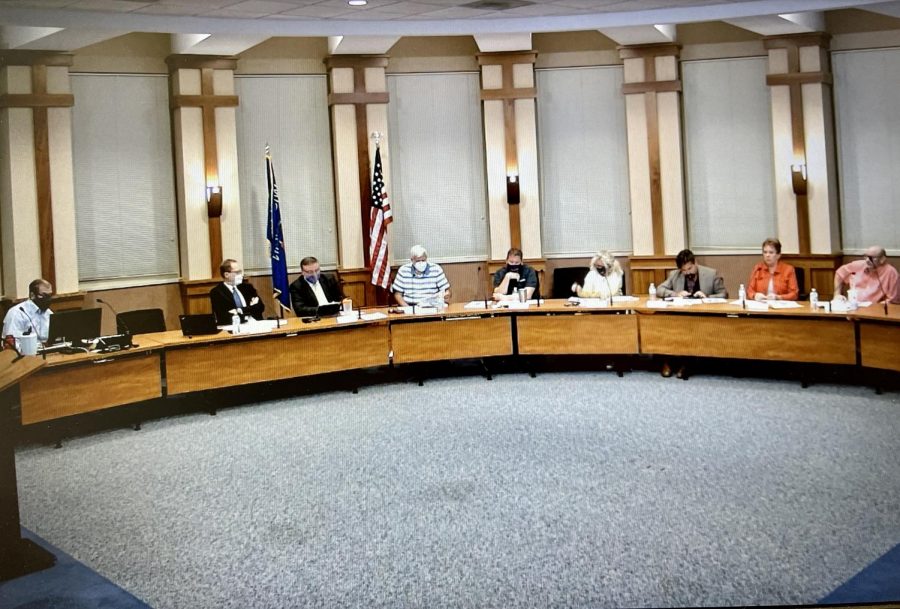 The Whitewater Common Council meeting was held Sept. 21 to discuss updates on past events, grant a permit for the Aquatic Plant Management, upkeep of the Effigy Mounds Preserve (EMP), garbage bulk pickup, and the city sex offenders ordinance. The meeting was devoted to discussing past events in town and their success, as well as touch on upcoming events.

First, members of the Landmarks Commission Committee (LCC) were present before the counsel to ask for help in the upkeep and maintenance of the EMP. The LCC went into detail about the extensive amount of grass outgrowth at the preserve, as well as its history and the methods to which they can preserve it in the future.

The LCC presented pictures of the preserve back in 2015 when the grass and vegetation were well groomed, compared to the mounds’ present state of disarray. The remains of a fallen tree from 2018 are still present to this day. They asked for help removing the tree since it affected the attendance of visitors to the preserve. The best way to help with the EMP is through burning the overgrowth but one of the Council members says that it would be an issue through the weather varying on possible messing it up. But they said they can start working with the committee on trying to do removal of the tree and its roots.

The council granted the Aquatic Plant Management to begin the permit process that will grant them the ability to cut down vegetation at Cravath Lake for maintenance purposes. When the permit is officially granted they will be prepared for the burning and cutting down of vegetation in the area.

The community celebrated the last of the Family Fun Nights for the rest of the season, which was a success. Seniors in the Park were congratulated on their 40th anniversary of holding the event. Thanking everyone who came to the Cone with a Cop on August 31st at the Brain Freeze. They said good job and thanked the people who came and volunteered towards the 2021 Waterway Clean up that happened on September 11th.

Next, discussion on where to put sex offenders in town somewhere to help the public with a plan of action on making sure it’s safe.

The council discussed the issue of sex offenders in Whitewater. They debated whether sex offenders should live in one section of the city to keep them all in one area of the city where they can be closely monitored, and procedures surrounding informing the community of their location. However, because time was running short, it was put on the agenda for the next meeting.