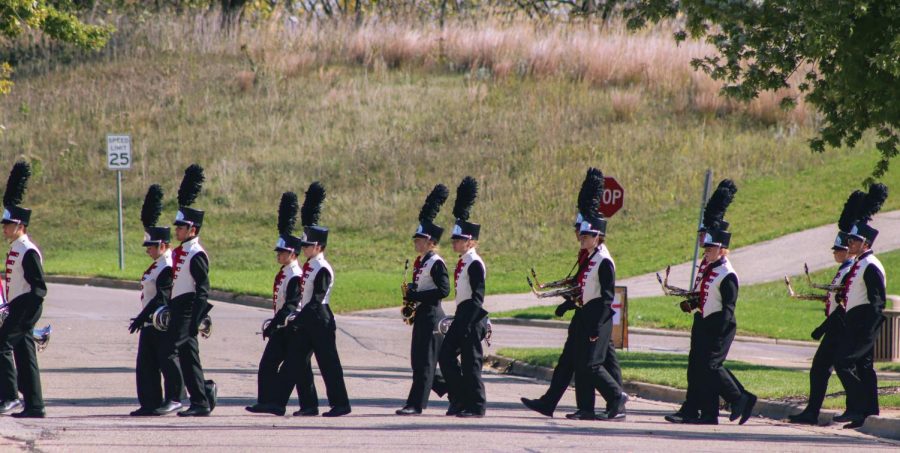 There’s a whistling in the wind around the UW-Whitewater campus, and its not from the spirits that surround Second Salem. The 36th annual Wisconsin High School Marching Band Championships took place at Perkins Stadium Saturday, Oct .17 for music fans from around the Badger State.

This event is an important learning experience and a fun competition for the hundreds of high school students that come to the UW-W campus. Nattalie Hatzung a junior says that

“We worked incredibly hard to get here. More than half our band had never marched before, and it was really cool to see the progress we made,” says high school junio Nattalie Hatzung. “It was a really cool experience. The last time I was here, it was in 8th grade so it’s good to be back.”

The stadium is much bigger than a normal high school, so this affected how they performed. It wasn’t what they are used to performing on for a typical football half-time performance.

“It’s completely different when you have the press box. And with so many people it changes a lot. We definitely have to play louder,” says Hatzung.

“Part of the process to prepare for this event is to perform big both musically and visually”, says Reicheardt. “We aren’t too focused on the scores. We are more focused on doing our best and the scores will take care of themselves.”