The search for an MIA soldier 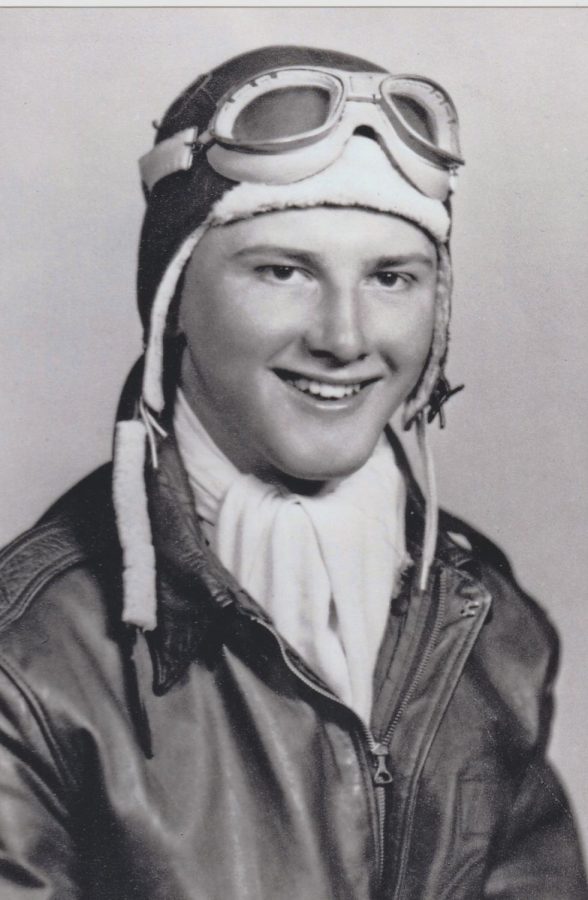 Lieutenant Jerome A. Volk posing for a picture

Stepping up and serving as the voice for the unheard, Brad Burt is trying to change the way that POW/MIA soldiers are treated. As a former veteran, Burt has channeled his journalism skills, passion as a veteran, and his own personal time and effort to investigate the disappearance of Lieutenant Jerome A. Volk back in the 1950s and hopefully bring back his remains to Volk’s family.

The primary focus of Burt’s organization, Outpost 422, is to find out where Volk’s last known whereabouts were. Seeing how important this is in locating Volk’s remains, Burt was able to elaborate on the important research for this mission.

“The essential focus of Outpost 422 is to find out where he was last,” said Burt. “We also just want to locate the records and draw awareness for POW/MIA Awareness Day. That ad had to go up to make sure we didn’t forget him on his 70 year anniversary.”

This mission is of the utmost importance to Brad Burt as he wants to speak for those who can’t anymore. Burt has taken his mission very seriously and wants everyone to know how important of a topic this is. As a former Veteran, Burt sees it as his job to be an ambassador for those families of POW/MIA soldiers. He wants to speak up for them and allow them to finally get the closure they’ve been longing for. An advocate of inclusion and speaking up, he holds a very special place in his heart for people and those that have fallen.

“Knowing that the family has closure is something that means a lot to me,” said Burt. “Families of the fallen know their sons and daughters have fallen. However, those related to the POW/MIA, are always in limbo and just don’t know. They want and need that closure and that’s what this mission is all about.”

The memorial for Volk awaits at Volk Field in Camp Douglas, Wisconsin. An ern awaits the remains of the fallen Lieutenant and Burt hopes his mission can help lead him to Hawaii where several remains have been shipped from North Korea.

“Somewhere from 500 or so boxes of remains from North Korea lie on Hawaii just waiting to be searched through. Hopefully I can get out there to document my findings and hopefully bring Lieutenant Volk back to his family here,” said Burt.

Burt has helped get funding for his project through the state and has also gained so much traction with Outpost 422. He has stepped in and created a project here at UW-Whitewater to help get journalism students to investigate the findings of the fallen Lieutenant. He has put this program in place and has set up a treasury to take in the funds he’s received. By also setting up an internship here on campus, he hopes someone else can take the reins of his project and add to this legacy he’ll leave behind once he graduates.