Taking control on the court 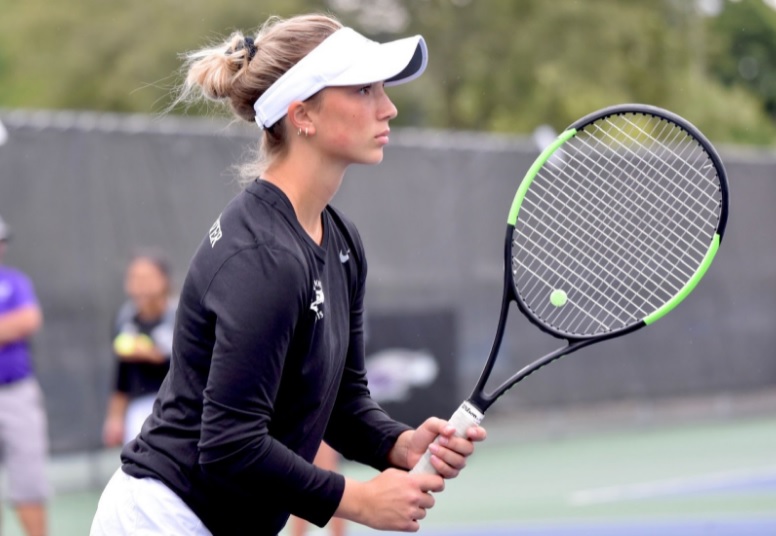 The University of Wisconsin – Whitewater’s women’s tennis team is filled with remarkable talent and these athletes have gone above and beyond this season. Freshman Autumn Bruno stepped up her game this season.

Q: When did you start playing tennis?

A: I started competing at the age of six.

Q: Was there a specific moment in your life when you knew tennis was the sport for you?

A: The moment I picked up a racket and swung at a ball I knew right away that this was the sport for me.

Q: Why did you choose UWW to pursue your tennis career?

A: I chose to play here at UWW because of the amazing athletic program, the supportive teammates, and the committed coaches.

Q: What’s one thing you are proud of within your tennis career here at UWW or just in general? Any specific awards?

A: I am most proud of becoming an All American and how well this first season has gone.

Q: Is there any specific way you like to train?

A: I think for training I mainly lift, do lots of cardio, and agility drills.

Q: What’s your favorite memory from being on the UWW women’s tennis team?

A: One memory that’ll stick with me is when me and my doubles’ partner, Cassie Lee, won the championship finals of ITA doubles. I’m now an All American and was awarded WIAC Conference newcomer rookie of the year.

A: I’m proud of myself for sticking with this sport even though it was very challenging. It’s kept me very grounded as a person spiritually, mentally, and physically.

Bruno will continue competing for the women’s tennis team in hopes to become even better at tennis. She has already made a name for herself, but she still has years ahead of her and can’t wait to see what the future holds. The next time fans can see her play will be on Mar. 6 against Northern Illinois.