Whitewater Fire Department to the rescue 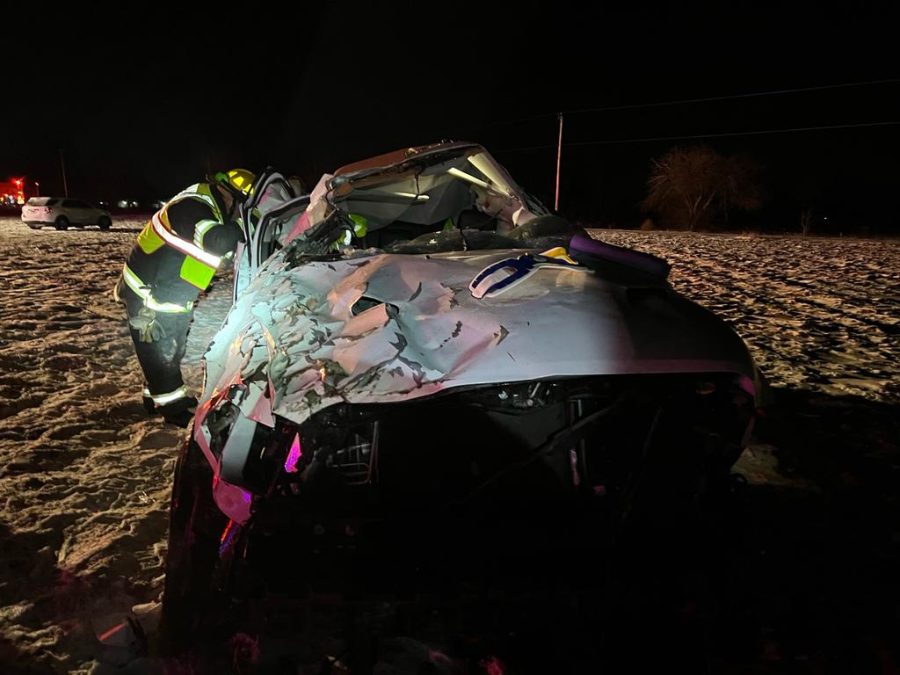 The Whitewater Fire Department responded to 1,974 calls over the course of 2021.

The Royal Purple reached out to Assistant Fire Chief Joe Uselding to learn what it’s like responding to an emergency such as a vehicle accident that occurred this past week at 4:41 a.m. Jan. 1 in the areas of Highway 59 and Taylor Road.

The Whitewater Fire Department (WFD) arrived with several units to help, finding two vehicles in a field south of Highway 59. There were two people that were trapped inside a pickup truck, and the individuals from a sport utility vehicle (SUV) made it out before the WFD arrived on scene. They requested mutual aid from two paramedic units each from Milton and Janesville. It took the WFD crew 15 minutes to get the two trapped individuals out of the pickup truck. Both of them were taken to local hospitals, along with the driver of the SUV.

“The vehicle was passing another vehicle and the driver potentially lost control of the car, which is what caused the accident. Typically in winter months, it is pretty common to be caused by weather. We have seen accidents caused by animals on the road, people falling asleep or losing control,” said Uselding.

The WFD wasn’t the only unit on scene. Helping to secure the area were also two paramedic units, one from Milton and one from Janesville. There was also an engine company from the Lauderdale-LaGrange Fire Department and Flight for Life on standby.

“Most accidents are typically chaotic. It’s not something people respond to on a daily basis and so they need help with the chaos of an accident,” said Uselding. “There would be an organization, a department to help. It depends on the typical kind of accidents. We empathize with the accident to help us remember the safety, the equipment, and how working on keeping others safe is important to do.”

The fire department has to make sure that safety towards the individuals at the scene, people coming by and the units are a priority as part of standard safety procedures in responding to vehicle accidents.

“The first thing we want to do is protect the people who are involved in the accident, we would get the fire trucks to block off traffic, and get help from police if needed to work with the oncoming traffic. People working on scene have to wear vests that would help people see them well at night, work with the traffic to make sure they slow down, and make sure that we have enough EMS (emergency medical services) when we get on scene,” Uselding said. “We check in to see if the battery is fine, see if the airbag has been deployed, work on getting the occupants out of the vehicle and transport them to the nearest hospital in the ambulances safely. We clean up on roadways, clean up the debris and make sure the roadway is safe when drivers drive by.”