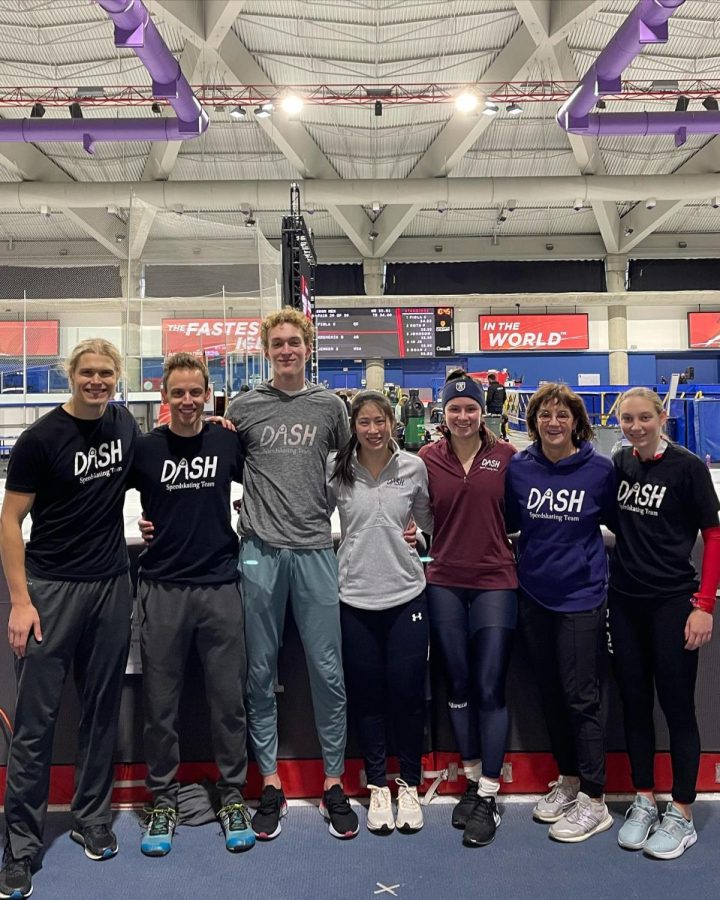 Speed Skating was once a highly popular sport in America, however there has been a decline in athletes in recent years. The organization Developing Athletes for Speedskating High-Performance (DASH) is looking to reinvigorate the popularity of the sport in America, and they are getting help from a UW-Whitewater alumnus.

Salm was a captain on the men’s soccer team before he graduated in December of 2016. After continuing his education elsewhere, Salm met Dave Cruikshank, a four time Olympian who was leading a training group which Salm’s brother was a part of.

“My brother introduced me to Dave and honestly I didn’t look back from the first conversation, we really hit it off,” Salm said. “We really want to revitalize American speedskating and the talent development pipeline from right here in Milwaukee.”

Cruikshank is the president and coach at DASH. He explained how speedskating was once a very popular sport in America but has since declined. His goal is to get people back into the sport, whether it be just for the fun of skating or with the hopes of someday winning at the Olympics.

“Back in the day, the 60’s and 70’s, they used to pack Madison Square Garden, that’s how popular speedskating used to be in the United States,” Cruikshank said. “In the 1980’s we saw the rise of Eric and Beth Heiden and the dominance of US speedskating, winning five gold medals in one Olympics in the men’s races. From there the numbers slightly started to decline… since the 90’s we haven’t had any official talent ID for speedskating recruitment.”

DASH was founded by Cruikshank and five time Olympic gold medalist Bonnie Blair, over two years ago. The organization now has a team of nine speed skaters, eight of which made it to the Olympic Trials which was the goal for many of the skaters. Blair compared the trials to the Olympics themselves for most of the athletes.

Speed Skaters are often athletes who played other sports and later on decided to try speed skating. Cruikshank said that DASH has been reached out to by two former Division I hockey players who wanted to give speedskating a try. He explained that DASH is for any athlete, that is why part of their name is “developing athletes.”

“The DASH name came from taking any athletes; soccer, track, gymnastics, it doesn’t matter where they come from,” Cruikshank said. “We just want to give them and introduce to them a sport that takes a lot of dedication and hard work, you learn a lot of life lessons from an individual sport.”

In a sport that is so dependent on recruiting athletes from other sports it can be difficult to find speed skaters. Recruiting has been a learning process for DASH.

“We are learning how to recruit as we go. At Pettit (National Ice Center) we watch public sessions and try to grab some of those kids,” Blair said. “Prior to COVID we had run an event at Pettit where we reached out to hockey and other programs within the area and said come try speedskaing, bring whatever skates you have, I think over 60 kids showed up. We are actively looking for kids.”

Outreach is part of where Salm works for DASH. As the Chief Business Officer, Salm is tasked with the in’s and out’s of the organization’s revenue in order to keep the organization going. He also works toward creating a brand and a story about both DASH and its athletes, this helps in getting partnerships with brands and getting individual athletes endorsement deals. According to Salm, over the last 50 days DASH has garnered over 4 million views of their speed skating content on social media by 250,000 people.

“The job Michael has done with our social media, how many reaches we are getting to people all over the world, we have people that have their eyes on us,” Blair said.

One of DASH’s strategies to create a rejuvenated popularity in speedskating is getting kids on the ice. With their Go Fast program, DASH intends to get 100,000 kids to try speedskating in the next 10 to 12 years. Bring whatever kind of skates you have and they will teach you to go fast. The organization is also hoping to make speedskating more accessible to people, especially in the Milwaukee area where one of the two speed skating rinks in America is located.

“We would love to team up with facilities like the YMCA,” Cruikshank said. “We are trying to weave and integrate speedskating into Milwaukee.”

“We need people to take interest and understand that speedskating is something special in Wisconsin,” Cruikshank said. “Olympians are coming from this area. Up until recently every single Olympic gold medalist in speed skating has roots at some point in their life in Milwaukee. We want to make that a pillar.”

DASH’s goals don’t end there. They also want to help financially support people who are committed to speedskating at the highest level. Speed Skating is a very technical sport, which means often skaters are not their best until they are 26 to 30 years old. Blair compared the progression of speed skating levels to that of European soccer, you are constantly working your way up the totem pole. DASH wants to be able to financially support athletes during that developmental period so that they can focus on training rather than on getting food on the table. Cruikshank explained that many of their athletes are working full time jobs in addition to training. Salm talked about even supporting athletes academically during that time.

“Right now unless you are on the national team or a funded supporter of US speedskating it is really hard to get any sort of financial support to pursue your speedskating dreams,” said Salm. “We want to develop champions on the ice and champions in life. During that developmental gap of 18 to 24 we are also going to be providing leadership development and academic support.”

DASH is working hard to reinstate the popularity of speedskating in America, specifically through Wisconsin and the Milwaukee area. Whether you have skated all your life or just started, DASH wants you to strap on some skates and go fast. 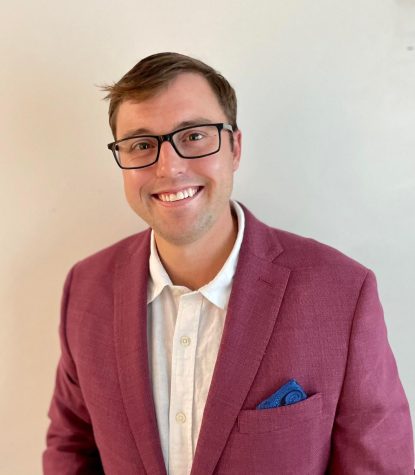